The National Association of Catholic Lawyers Lagos Archdiocese held its 2017 New Legal Year Celebration and Annual General Meeting today the 17th of September, 2017. The legal year celebration which marks the commencement of the 2017 legal year for members of the  association was held at the Holy Cross Cathedral, Lagos Island.

The event which commenced with the holy mass which began at about 10:45 am saw a gathering of catholic lawyers from all works of life from in and outside Lagos.

Speaking with our correspondence, a member of the association noted that it is traditional for catholic lawyers to gather together to pray and commit every legal year into the hands of God.

The Annul general meeting of the association was held immediately after the mass at the same venue. 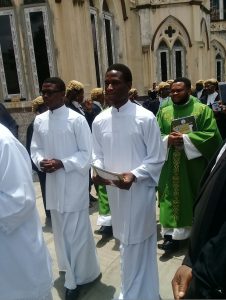 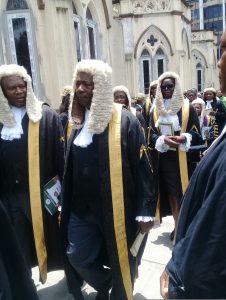 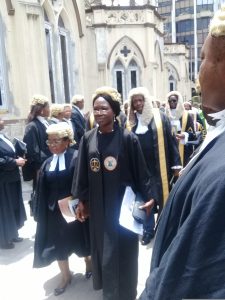 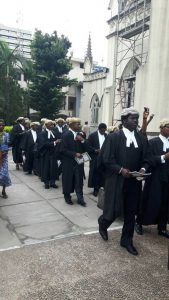 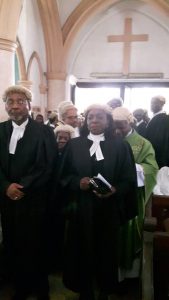 Photo session after the mass 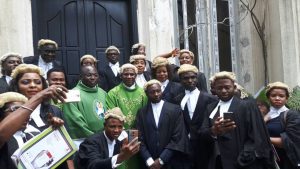 The President of the Association Mrs. Geraldine Wey was also celebrated at the AGM after the new legal year mass.