A man identified as Wasiu reportedly committed suicide yesterday at about 11:30am by jumping from the 3rd floor of Magistrate Court No. 21, Samuel Ilori Court House Ogba, Lagos.

Wasiu was until his suicide defending a charge of theft before Her Honour O. A Raji (Mrs.) in in Charge Number MIK/Q/112/2017: Commissioner of Police vs. Wasiu Alowonle.

According to eye witness  Wasiu who was accused of stealing iron door worth #40,000,00 (fourth thousand Naira) has been in custody for about six months since his last court appearance. He was said to have suddenly attempted to escape by jumping through the window from the 3rd floor of the Court room and died in the process.

According to our source, What is more baffling is that the complainant had informed the prosecution that he wants the matter resolved amicably out of court. 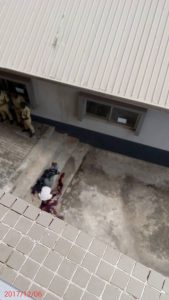 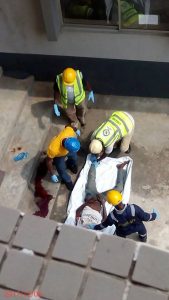 Alleged Homicide: I Spent N60m on Ummukulsum Because I Loved Her...