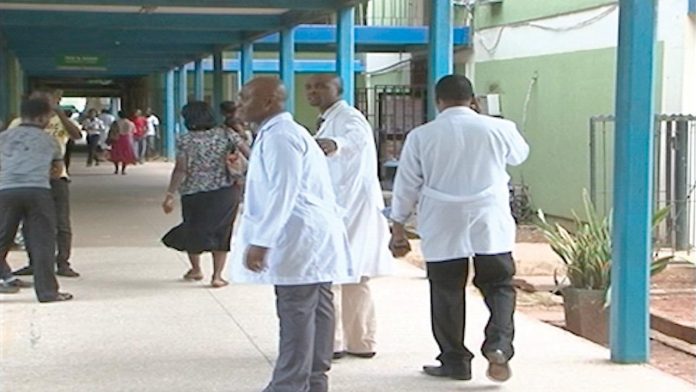 The Nigerian government through the Minister of Health, Isaac Adewole, said on October 11 it was reviewing practices in the health sector, especially whether medical doctors employed by government can engage in private practice.

The minister said government had set up a committee to review the laws guiding medical practice and whether they conflict with the Nigerian code of conduct for public officials.

The pronouncement has ignited a controversy, given the contrary stipulation of the Code of Ethics prescribed by the MDCN, which is the public agency regulating medical and dental education and practices in Nigeria.

According to some practitioners who have spoken on the issue, the federal government has no power in law to undertake a review that would ban practitioners working in public institutions from private practice.

They hinged their position on the “Regulated and Other Professions (Private Practice Prohibition) Decree No 1 of 1992”, which exempted doctors from the ban of public officials from private practice.

But according to a top official of the Medical and Dental Council of Nigerian, MDCN, who spoke with this newspaper, the said decree has been repealed by the 1999 Constitution.

The official argued that the constitution does not allow medical doctors and dentists employed by public health institutions to engage in private practices.

The official agreed to speak with Premium Times only on the condition of anonymity because of the sensitivity of the issue among doctors.

He said although the MDCN code of ethics permits doctors and dentists, especially consultants and registered practitioners of over 10 years, to operate private services in their free time, such acts are against the provisions of the 1999 Constitution.

The Constitution is superior to any Act or Code governing any profession operating in Nigeria, he said.

Section 1 and 2 (b) of the Fifth Schedule of the constitution forbids public officials from practicing in any private institution, local or international.

But doctors and dentists rely on the Code of Medical Ethics in Nigeria to own hospitals and admit patients.

According to the 2008 Code of Medical Ethics in Nigeria, Part E, 49: Medical and dental practitioners who are in full time employment in the public service in Nigeria are free to employ their spare time and unofficial hours to engage in private medical or dental practice for remuneration.

Several Nigerians have, however, alleged that doctors in public hospitals even refer patients to their private clinics for treatment in order to make more money off them.

They said the law regulating private practices by medical doctors and dentists in public practices has also been exploited by some doctors to shun their duties in public hospitals even during their official hours.

A legal practitioner, Ola Adeosun, said owning or working in private practice as a civil servant is wrong.

He said: “The constitution is clear, you cannot do private practice as a public officer. Once you are working with the government you are violating the law by engaging in private practices and this is also so for lawyers.

How it all started

The Nigerian Medical Association in 1992 secured an exemption to run private practices through the decree “Regulated and Other Profession (Private Practice and Prohibition)” promulgated by the Ibrahim Babangida military regime.

The decree prohibits other categories of workers in public employment from engaging in private practices but exempted doctors and dentists following agitation by their professional body.

According to the code of medical ethics of Nigeria:

“1. A registered doctor in full employment in public service should not engage in extramural private practice during official hours under any circumstance, but may run one private consulting clinic which will open for business when he is not on official duty.

However, the code contravenes the Code of Public Conduct and also the Nigerian Constitution.

In any event, said our source at the MDCN, the 1992 decree has since been  repealed under the 1999 Constitution (Certain Consequential Repeals) Decree No 63 of 1999 Laws of the Federation Of Nigeria).

Many doctors and consultants spoken to refused to speak officially on the matter.

However, the Lagos State chairman of the Nigerian Medical Association, Olubunmi Owojola, said there was a need for the government to clarify its stance in order to remove ambiguities and misinterpretation of the proposed policy.