A Senior Advocate of Nigeria 64-year old Yinka Abiose, popularly called Mr. Boyd was killed by his elder brother, a professor of Dentistry, in Ibadan (Oyo state) over family property.

According to the police, the incident occurred on Monday 4th September, at Jericho area of Ibadan. The SAN who was said to have been badly burnt was taken to the University Teaching Hospital (UCH), in Ibadan, where he later died.

The deceased was the third of four children, including two sisters, while the brother is the eldest.

Sources close to the family said the incident stemmed from a long-standing feud between the siblings over one of their late parents’ property in Bodija area of Ibadan. Their late father was a renowned Ibadan-based professor.

The sources said that the brothers lived in separate apartments in another property owned by their late parents until the incident.

Both brothers lived abroad for a long time but settled down in Nigeria after the demise of their parents.

The late Yinka was allegedly at home with one of his children at the time of the incident while his wife and two other children were abroad on vacation.

The elder brother was living alone having left his family abroad when he relocated to Nigeria.

The sources said they had just finished having an argument before the incident took place. 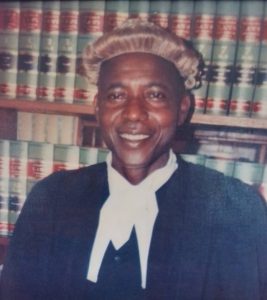 Eulogies have been pouring in for the SAN who was described as a gentle and kind hearted man: 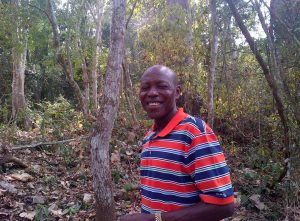 My brother, my friend, my master.

He was my senior in GCI. He was in Lower sixth form when I was in form 2 in 1971. Kind and protective to his juniors, highly respected by mates and seniors. Did I say respected? As time went on that respect will grow to reverence. We all belonged to the ‘Ibadan -Ife-Lagos’ triangle of the 1970s and 1980’s and he quickly emerged a man’s man, noble and extremely charming. When he wedded Aileen, it completed him and the great man further emerged. A brilliant lawyer – sound advocate and family man. When I was about to qualify to be called to the Bar in 1988, I had to do a Chambers attachment with a senior lawyer. I had made up my mind even before I went to the Law school that if ever I was to be trained by any senior it would have to be Yinka Abiose. I have since practiced law in and out of other Chambers including mine. In my practice days, I was told that I was a more than average advocate and cross-examiner. This is the gentleman responsible for whatever courtroom skills I might lay claim to today or in the past.

Boyd was a brilliant advocate, even with his modest, slim frame his barritone voice was unbelievable. His arguments so sound, and his mien, admired by the best of judges and fellow SANs. I seldom hero worship anyone, but I must confess I made Boyd an exception. A loving husband and a family man, a man of nature and the environment, a man of the people. I commiserate with Aileen and the kids, with Moji Olatubosun, his sister, our friends in Ibadan, Lagos, etc , A unique breed has left us, so wickedly taken away. Henry Wadsworth Longfellow said…….

‘Lives of great me all remind us, we can make our lives sublime, and, departing, leave behind us, footprints on the sands of time’ My Boyd , Mr Boyd, you left your footprints indelibly in our hearts and may God receive you in his merciful bossom and console all those you left behind.

Farewell my brother, my friend and master. Senior Advocate of the Supreme Court of Nigeria.

Unbelievable, my oga is no more. We have lost a gem in the legal profession, a quintessential advocate, a brilliant legal mind. Oga as I fondly called you Rest in Peace. 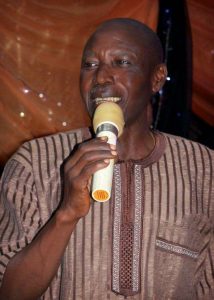 Goose bumps on hearing of Boyd suffering those burns, then dying! May God grant Aileen, the children, Moji and Dapo the fortitude to bear this loss…and, may He forgive all that need forgiving.

Byron been up awake thinking, so I won’t see father Boyd again!! Byron its deep when a friend dies but deeper when that friend is so so close to one!! 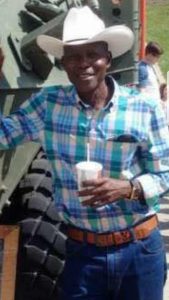 This is so shocking. He was one of the few people who welcomed us when we moved to Ibadan. He was a jolly good fellow. I enjoyed our visits to his home, although his dogs terrified me then.

I pray his soul rests in perfect peace and God grants his family and friends the fortitude to bear this great loss.

Mr Boyd,..Fada,..Egbon..,.Broda miiiiii..ataataa. ..Senior Brother,..D’Law. Yinka Abiose. ..Gentleman..Quintessential..Urbane..yet Simple and intuitive. ..full of Wisdom and Thoughtfulness. ..very Considerate of others.,..Warm and friendly and.. reliable ..and easy to get along with..With Respect Earned and Reciprocated. ..A Sociable and Enigmatic Human. Madear Friend and Brother. Gone Way too Soon. .too Early…too Shockingly. ..and So so Sadly. ..Ibadan ,…Nigeria. ..and the World has lost A Worthy Human. May His Gentle Soul Rest In Perfect Peace. ..and May God Grant Him Eternal life. I…We,…will miss him most Sorely…and deeply. !!!.

Lord Byron.. You have said it all. Some of us met Mr. Boyd when we were youngsters all of Ibadan Grammar School thru his cousin Muyiwa. He had such an encouraging smile and words of wisdom. He inspired us all and even up till the last time I saw him he still had that effect on you. Mr. Boyd was just always easy like a Sunday Morning. May his Soul Rest in Peace, amen.

Mr Boyd was a professional to the core, my short encounter with him was profound indeed, a likeable individual and a charming lawyer, very original and creative personality, I was glad I met such individual through Mr Demola Olatunbosun and we had an unforgettable encounter. R.I.P. Mr. Boyd.

Father Boyd was a gentleman to the core with matchless demeanor, self grace and charming personality. Always ready to assist. This is an untimely death in all ramifications for a good man with so much to offer. Hmm, I can still feel his baritone voice. May his soul rest in perpetual peace.

So sad Yinke went the way of the flesh! my heart goes out to his family. May God grant them them the courage to bear the irreparable loss of a brilliant and very articulate advocate.

Yinka Abiose aka Mr. Boyd is no more. Foremost lawyer and from a prominent family in Ibadan has taken the final bow. The SAN award remains mysterious, Yinka must have stopped applying for conferment after being short listed and denied the award. Great advocate, take your rest.

Just reading of Yinka Abiose’s transition. Mr. Boyd has left the stage o what a sad news. It was about 2 months ago that I was talking with Dapo his older brother on the phone here in the UK and we’re reminiscing on our childhoods and youths years in Ibadan. What a loss. May the good Lord grant them fortitude to bear the loss.

May he rest in perfect peace now that legal arguments in high court Court of Appeals and earthly Supreme Court cases are over forever. Noble heart take your rest. Amen