The Chief Justice of Nigeria, Justice Walter Onnoghen, swore in 29 lawyers  who were  conferred with the rank of Senior Advocate of Nigeria (SAN). Among those sworn in today is 36  year old Kehinde Olamide Ogunwumiju who is the youngest recipients of the prestigious award.

Olamide would be second next to Dapo Olanipekun SAN who took silk at  about the age of 35.

Below is a brief profile of the young SAN

He started his early years in Ibadan at Omolewa nursery and primary school and proceeded to international School Ibadan for secondary education. He graduated from the University of Ibadan in 2004 and was called to the Nigerian Bar in 2005

He proceeded to the Northumbria University in England for his masters and graduated in 2007.

He started his career as a Corp Member in AFe Babalola chambers (Ibadan office) and later moved to the Abuja office and rose to the Enviable position of a Partner in Afe Babalola Chambers. He has since been involved in active litigation. His areas of specialty include appeals, arbitration, criminal litigation and election petitions.

On the family front Olamide is married to Tara Ogunwumiju and they are blessed with a Son.

He was conferred with the most coveted rank of Senior Advocate of
Nigeria today, 18th September, 2017 at 12 years post-call and 36 years of Age.

This is indeed a great feat. 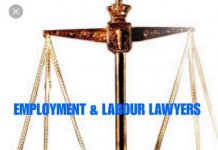