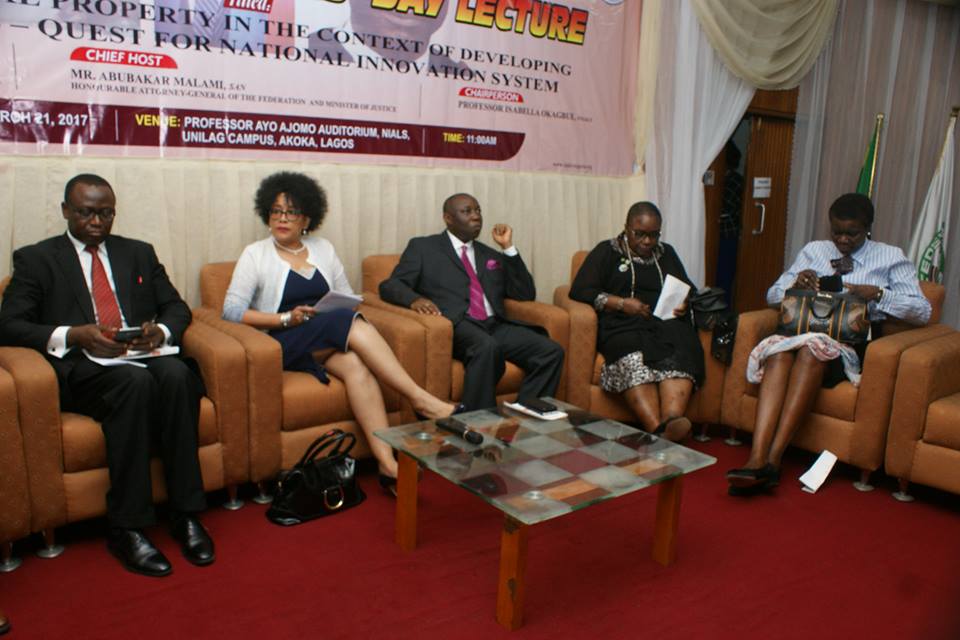 The Nigerian Institute of Advanced Legal Studies (NIALS) was conceived and officially commissioned in March 1979 as Nigeria’s apex institution for research and advanced studies in law. The late Dr. T Aguda was the Institute’s first substantive Director General. The vision of the founding fathers of the Nigerian Institute of Advanced Legal Studies was to develop an institute which would metamorphose into a world class institution and the nucleus of legal scholarship in Africa. This vision which has been institutionalized through statute has been nurtured over the years by Staff and Management of the institute.

37 years ago, a group of great visionaries who recognized the need for advancing legal studies in Nigeria and Africa established the Nigerian Institute of Advanced Legal Studies to be the nucleus and hub of legal research and advanced studies in Nigeria. His Excellency, Judge Taslim Olawale Elias (of blessed memory) pioneered the established of the Institute and Honorable Justice (Dr) Akinola Aguda (also of blessed memory) was appointed as the pioneer Director – General of this great Institute. The visions of the founding fathers have over the years been carried on by great scholars and legal minds like Professor Ayo Ajomo. Professor Ignatius Ayua,Professor Ameze Guobadia, Professor Epiphany Azinge, SAN and currently Professor Adedeji Adekunle.

The Institute has become more visible than ever and has made enormous contribution to the developments of law and policy advancement in Nigeria. The Nigerian Institute of Advanced Legal Studies continues to honour the rich legacy of its founding fathers through its public lecturers, workshops, roundtable, and scholarly publications. The vision of the founding fathers have also been preserved through the Akinola Aguda School of post Graduate Studies established in 1997 which offers Postgraduate Diploma , Masters and Ph.D in Legislative Drafting.

It is the tradition of the Institute to get distinguished scholars and academics of international repute to deliver the Lecture at any of its public Lectures. The 2017 Founder’s Day Lecture is no exception. The Founders Day Lecturer series was instituted as a fitting tribute to this legacy.

The 2017 Founders Day Lecture which was titled: INTELLECTUAL PROPERTY IN THE CONTEXT OF DEVELOPING COUNTRIES – QUEST FOR NATIONAL INNOVATION SYSTEM was held on March 21, 2017 at AYO Ajomo Auditorium of the Institute, University of Lagos Campus, Akoka Lagos.

The Guest Lecturer in the event was Honourable Justice (Prof) J. Otieno-Odek, Director of Judiciary Training. Institute (JTID) Nairobi, Kenya. While Mr. Abubakar Malami, SAN Honourable Attorney- General of the Federation and Minister of Justice was the Chief Host. He was represented by Mr Sylvester Imhanobe and Professor Isabella Okagbue, FNIALS   was the Chairperson of the occasion.

The Director-General Professor A. O. Adekunle in his welcome noted that the Founders’ Day Lecture is an annual event to commemorate the dedication and consistency of vision and mission of the founding fathers of the Institute. In keeping with the above mandate, the Institute ensures that the best brains are invited to deliver lecture on emerging issues and a communiqué will be issued by the management.. The Honourable Attorney General and Minister of Justice’s representative commended the pivotal role the Institute has been playing under the leadership of the current Director-General, Prof. A. O. Adekunle.

The Chairperson of the occasion, Professor Isabella Okagbue on her part, confirmed it is never a dull moment attending functions in the Institute. Recalled she was a pioneer Academic staff of the Institute and worked with three Directors’ – General of the Institute.

Among the dignitaries that graced the occasion were:

The lecture by Hon. Justice Professor James Otieno-Odek is sold at the Institute’s Lagos and Abuja office for N1000.