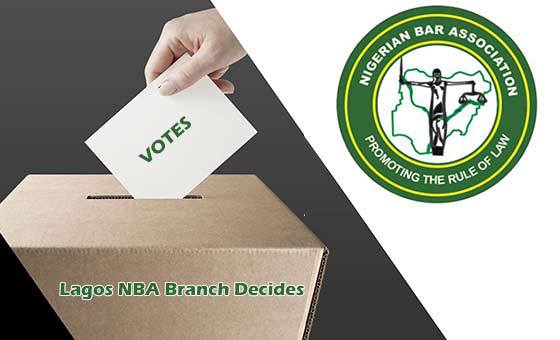 Section 15: Eligibility to Stand for Election unto an Office

To be eligible to stand for election into an office, a member must:

(1) Be validly nominated in writing by two members who are eligible to vote herein and who must themselves be qualified for the particular office as provided for in these By-Laws;

(2) Have attended a minimum of five (5) monthly meetings of the Branch within the twelve (12) months prior to the close of nominations for the election;

(3) Attain the post-enrolment qualification requirement for the affected office as at the date of the election as follows:

(4). Be a financial member of the Branch and shall have paid his/ her bar practicing fees and annual branch dues as and when due for at least the three (3) years preceding the election or since enrolment, if less than three (3) years post-call, and must be in legal practice.

(5) The Election Committee’s decision as to eligibility of any candidate to stand for election shall be final.

(6) A candidate for any elective national office shall be nominated or proposed in writing by a member and seconded by another both of whom shall be qualified like the candidate in accordance with the provisions of this Bye-laws for the equivalent office and in good standing with their practising fees and all other Branch levies.

(7) Candidates shall submit by email not more than four pages of A4- size electronic copy of their Curriculum Vitae, comprehensive manifestos and other campaign material to the Electoral Committee for publication in the Branch website or the NBA website, not later than the day fixed by the Electoral Committee.

(8) The publication, printing or distribution of any campaign material, gifts and any form of souvenir whatsoever by a candidate or his supporter(s) is hereby prohibited and any candidate who contravenes this provision shall be disqualified from being voted for.

(9) The Electoral Committee shall collate all materials, arrange them in alphabetical order without regard for the position being sought and publish them in an electronic Election Magazine to be hosted on the NBA website and or the Branch website at least twenty one (21) days before the election.

(10) Offices shall be vacant by effluxion of time, death, resignation, removal, or for any other reasonable cause.

(1) To be eligible to vote, a member shall be a financial member of the Branch and shall have paid his/her bar practicing fees and annual branch dues, as and when due, for the two (2) years preceding the election or since enrollment, if less than two (2) years post-call, and shall have attended a minimum of five (5) monthly general meetings of the Branch within the twelve (12) months preceding the date of the election.

(2) The member’s name must appear in the final list of eligible voters as compiled by the Election Committee and published not later than fourteen (14) days before the date of election.

Section 17: DUTIES OF THE ELECTION COMMITTEE

(1) Not later than the thirty (30) days to the day of the election year, the Election Committee shall announce the date of the election as fixed by the Executive Committee and invite nominations for candidates for office, and shall publicize the provisions of the Bye-Law relating to eligibility to contest and eligibility to vote and also issue election and campaign guidelines; provided that no candidate shall commence any form of public campaign until the campaign guidelines are issued or released.

(3) Where there is no qualified candidate to fill an office, the Election Committee shall fix a date for a By-election in respect of that office and shall call for fresh nominations thereto.

(4) Not less than thirty (30) days prior to the election, the Election Committee shall cause a list of the candidates for election to various offices to be publicised by the same being displayed at the Branch Secretariat and pasted at the venue of the election and the Notice Boards of the High Courts and such other places as it may deem fit.

(5) Upon the close of nominations, the Election Committee shall cause ballot papers to be printed for the election with funds to be provided by the Branch.

(1) Voting at elections shall be either by electronic voting or physical voting by secret ballot, as may be determined by the Election Committee.

(2) Where electronic voting method is adopted, the Election Committee shall engage the services of competent and credible service providers to provide the electronic voting platform and shall conduct the elections in a transparent and fair manner in accordance with clear published guidelines.

(3) Where physical voting by secret ballot method is adopted, the Election Committee shall engage such security and other adjunct personnel as may be necessary to ensure a transparent, free, fair and orderly conduct of the elections in accordance with clear published guidelines.

(4) Votes at elections shall be counted immediately after the close of voting and the result shall be declared immediately by the Chairman of the Election Committee.

(5) To the extent of their functions, the decision of the Election Committee shall be final.

Section 19: SWEARING-IN OF NEWLY ELECTED OFFICERS/ ASSUMPTION OF OFFICE AND HANDING OVER

(1) Following the declaration of the results, the newly elected officers shall be sworn-in at the Annual General Meeting immediately following the elections by the administration of the Oath of Office contained in the Second Schedule herein on them by a serving Judge or Notary-Public. All elected officers shall be deemed to have assumed office immediately after being sworn in.

(2) Except otherwise resolved at a General Meeting, all Standing and Ad-hoc Committees of the Branch shall automatically become dissolved upon the swearing-in of the new elected officers.

(3) All vacating officers and committee secretaries of the Branch shall handover all records, monies, receipts, cheque books and any other property of the Branch in their possession to the newly elected Branch Chairman within seven (7) days of assumption of office by the incoming officers.

(4) It shall amount to an act of gross misconduct for any member or former officer of the Branch to violate sub-section (3) above and any such case shall be referred to the Disciplinary Committee.