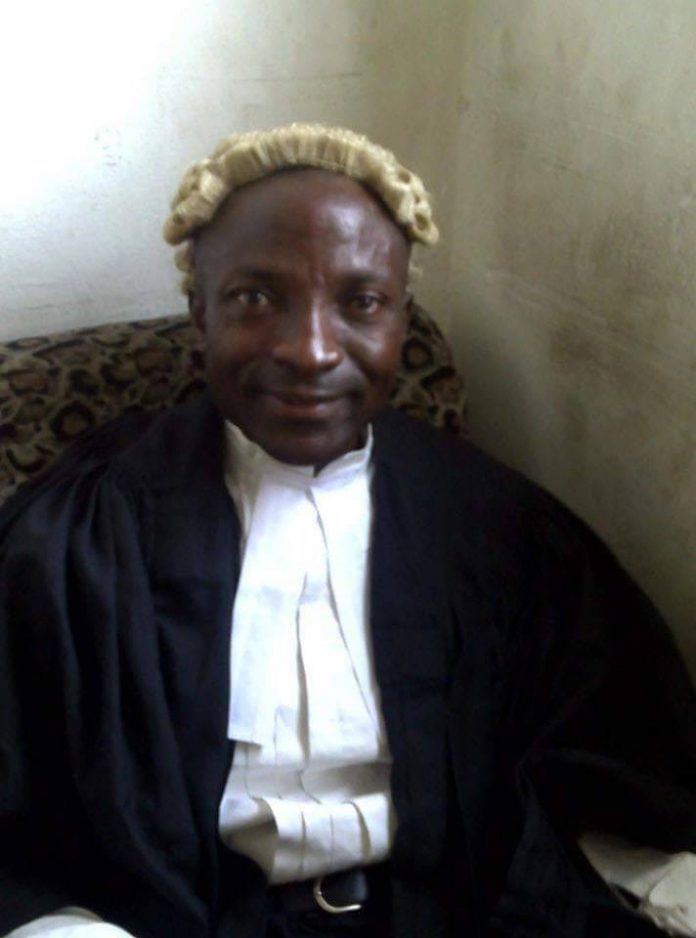 The Lagos State Taskforce has arraigned one Ladi Fagbore for allegedly claiming to have trained in the US as a lawyer and practiced for 17 years.
The accused, who was arraigned before an Ogba Magistrate’s Court yesterday, was said to have practiced under the name, Ladi Fagbore & Associates, with office at Sabo, Yaba, Lagos.

It was gathered that Fagbore was arrested by the taskforce officials following the alarm raised by the Magistrate of Court Four, Yaba, Mr. Akano Fasore. The Magistrate raised the alarm after receiving petition written by some lawyers.

Fagbore was arraigned before Magistrate (Mrs.) M. O. Tanimola on one court charge of impersonation. It was learnt that his name was not found in the national list of the Nigerian Bar Association (NBA), where all licensed and practicing lawyers in the country are recorded.

Also, Fagbore was not able to provide his year booklet which contained the names of his course mates as evidence requested by the Magistrate in confirmation of his claims as a lawyer.

Further drama was enacted when the Magistrate asked Fagbore several questions, including when he was called to the bar and where he went for his Law School. He was also asked to mention three courses he studied in the university; he failed to provide answers to the questions.
Fagbore told the court that he was called to USA bar in 1991, but later said the year was 2001.

The alleged fake lawyer said that he lost his certificates, including his Nigerian Bar Association (NBA) practicing license in transit.
Speaking with our correspondent, he said: “I was invited by Mr. Fasore to the court. He asked me questions with respect to a petition written against me. As I was answering his questions, two of the Lagos taskforce magistrates were close to where we were standing. Before I could finish explaining my position, the two colleagues of the magistrate ordered for my arrest.

“Even right there in the court, some of my colleagues, who had known me for many years as a practicing lawyer made efforts to settle the case. But the two magistrates refused to listen to my friends and lawyers, until the police officers attached to them, bundled me into their van.”

Outside the court premises, some of the lawyers, who spoke with our correspondent, said that the activities of impersonators had sometimes brought negative impression on the profession.

Pastor Arraigned for Murder of Pregnant Girlfriend, Two Others