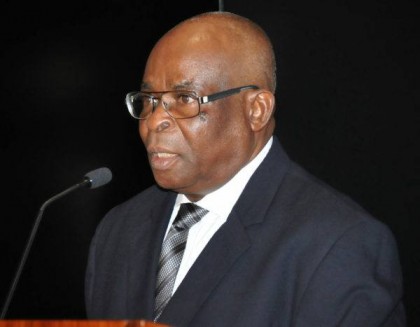 The Senate has put in place moves to probe the non payment of salary of Federal Judges for four months. This is to ascertain why a government would allow such an action to take place.

Against this backdrop, the Senate on Tuesday asked its Committees on Finance and Judiciary to as a matter of urgency, investigate the claims and ensure that the salary arrears were paid promptly, just as it frowned at the alleged refusal by the Federal government to pay the salaries of the judges.

The Committees which have Senators John Enoh, PDP, Cross River Central and David Umaru, APC, Niger East as chairmen, would report back to the Senate next week Tuesday for further legislative action.

The decision of the Senate was sequel to a motion under matters of urgent national Importance and moved by the Deputy Leader of the Senate, Senator Bala Ibn Na’Allah, APC, Kebbi South.

Speaking, Senator Na’Allah who noted that the non-payment of the Judges was unhealthy for the country, however urged other Senators to intervene and act swiftly to ensure that incidences like this do not occur, going forward.

Senator Na’Allah said: “I am aware that some judiciary workers, especially judges have not been paid for about four months. I do not think this is good. I felt it is important for me to bring it to the notice of the Senate. We need to find a way to resolve this issue.”

In his remarks, Deputy President of the Senate, Senator Ike Ekweremadu who presided, said that if what has been raised was found to be true, there was an urgent need to guide against it in the future.

According to Ekweremadu, the National Assembly placed the judiciary on first line charge in order to guide against cases like this, just as he mandated the two committees to intervene on behalf of the Senate, adding that the refusal to pay Judges was inimical to the success of the ongoing anti-corruption war.

The Deputy President of the Senate said: “If it is true that judges have not been paid for four months, then it is very worrisome. The reason why we placed the judiciary on first line charge is to guide against things like this. The committee on Finance and Judiciary should within one week, look into the issue. They should ensure that the judges owed are paid within one week.

“This is not good for our judiciary. You cannot fight corruption if you do not pay people who disperse justice. This is unhealthy for the system. The two committees should speak with the relevant people. This is not good at all.”

Ortom Urges Lawyers to be Agents of Positive Change