The Federal High Court in Lagos has asked Chairman of Seplat Petroleum Development Company Plc, Dr Ambrose Orjiako, to appear before it for allegedly flouting its orders.

Justice Hadiza Shagari gave the directive based on an application by a firm, AOS Orwell Ltd, through its lawyer Kunle Ogunba (SAN).

The firm, which initiated contempt proceedings against Orjiakor, is praying the court for an order committing him to prison for his “willful, deliberate and orchestrated disobedience to the interim orders which metamorphosed into interlocutory orders of this honourable court”.

The court had on May 4 ordered Orjiako to appear before it, but on the adjourned date, the court was informed that parties were exploring out of court settlement.

Ogunba, at last Wednesday’s proceedings, applied to the court to order Orjiako to appear for the hearing of the contempt applications.

He accused Orjiako of insincerity in the settlement process, saying: “The respondents are not sincere about the settlement. We have not heard anything from them. We did not hear from them throughout the vacation period despite the length of time afforded them. Until now, they have done nothing.

“In May, My Lord did order that the alleged contemnor should appear. Since then, he has not been forthcoming. Your Lordship needs to send a message that this is a serious assembly, a solemn assembly. No party should hold the court to ransom.

“I, therefore, urge your Lordship to renew the order and give them one last chance. The court has to show that it is not a circus show,” Ogunba said.

The respondent’s counsel, Kami Dayo-Alade, said the talks were still on, and sought for more time.

“We are still committed to settlement. There were a lot of banks and other parties that came up,” he said.

Justice Shagari noted that contempt proceedings was “sui generis” (unique) and must be taken seriously.

“We are not here to be too harsh on anybody. This case will be adjourned to the 16th of October for report of settlement, hearing of contempt proceedings, and for the alleged contemnor to be in court,” the judge said.

According to the petitioner/applicant, the court made orders restraining the respondent (Shebah Exploration and Production Company Ltd) or its agents from dealing with or tampering with the company’s assets, funds, shares and equipment within and outside Nigeria.

It said despite the service of the court orders on the company, Orjiako “proceeded to deal with, dissipate and/or alienate the shares/assets of the respondent contrary to the orders.”

AOS Orwell said Orjiako “is the Managing Director, Chairman/alter ego and the Chief Executive Officer of Shebah Exploration and Production.”

The petitioner, in a supporting affidavit deposed to by Hellen Atulukwu, a lawyer in Ogunba’s firm, Insolvency Forte, said Orjiako and the respondent “willfully disobeyed the extant orders of the Federal High Court made in this suit despite being fully aware” of them.

AOS Orwell had obtained the interlocutory orders seeking to stop the respondent’s directors from dissipating its assets pending the hearing and determination of the application for the appointment of a provisional liquidator for Shebah Exploration and Production over an alleged multi-million naira debt.

The petitioner said despite the orders, Orjiako allegedly sold Shebah Exploration and Production’s shares to Petrolin Trading Ltd on January 6 and refused to purge himself of the contempt by reversing the sale. 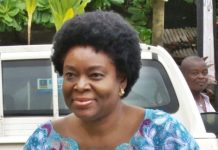