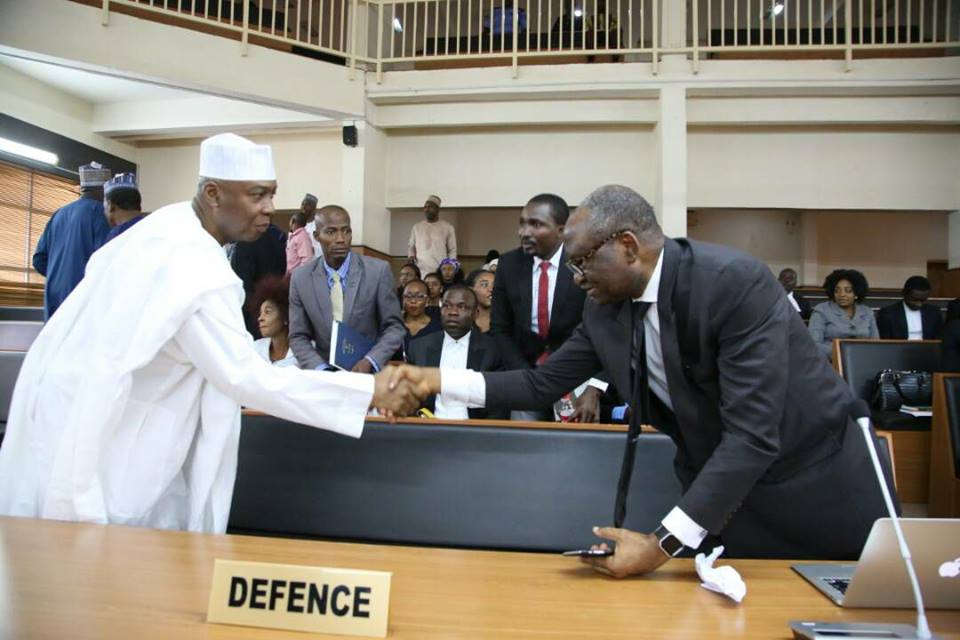 The CCT on Wednesday dismissed the 18-count of false asset declaration against Saraki following his no-case submission. But SERAP, in a statement by its deputy director Timothy Adewale on Thursday, said that the acquittal seriously weakened the notion that high-ranking public office holders accused of corruption would be held accountable.

It said, “The acquittal yesterday of the Senate President Bukola Saraki at the Code of Conduct Tribunal (CCT) of corruption charges suggests serious shortcomings in the criminal justice system, and means that a complementary and supportive mechanism in the form of a UN-backed commission against corruption and impunity in Nigeria is urgently needed to achieve President Muhammadu Buhari’s oft-stated anti-corruption agenda.”

SERAP, therefore, urged the Acting President, Professor Yemi Osinbajo, “to urgently and proactively pursue the establishment of a UN-backed International Commission Against Corruption and Impunity to assist our criminal justice system to effectively and efficiently investigate and prosecute high-level corruption cases in the country, like it happened in Guatemala, for example. This government needs help in its fight against corruption, and strong leadership is now needed to urgently design a complementary and supportive plan.”

According to SERAP, a UN-backed commission would help to improve our criminal justice system in the short, medium and long terms so that it would be better able to prosecute complex grand corruption cases.

The group further argued that the Commission would also meet the longstanding and legitimate demands of the Nigerian people for vigorous and meaningful action against corrupt leaders, past or present.

“Supporting a strong partnership between Nigerian prosecutors and international law enforcement experts would show that the authorities have the ability and political will to chip away at the country’s corruption and impunity of perpetrators, and help address Nigerians’ scepticism about the viability of the anti-corruption agenda.

“Further, to end a culture of corruption and impunity of perpetrators, we urge the Attorney General of the Federation and the Minister of Justice Mr Abubakar Malami, SAN to urgently take over the prosecution of the corruption case against Mr Saraki by ensuring that the CCT decision is urgently appealed and that the case is diligently prosecuted within the limits of the rule of law.

“The outcome of the Saraki’s case sends a damaging message that suspected corrupt leaders can get away with their crimes while keeping their stolen assets. Many would-be corrupt leaders may now see engaging in acts of corruption a risk worth taking.

“The Guatemalan commission established by the UN in 2006 has a strong record of fighting organised crime and high-level corruption and the Nigerian authorities can learn valuable lessons from its operation and achievements in the efforts to take the fight against corruption in this country to another level.”