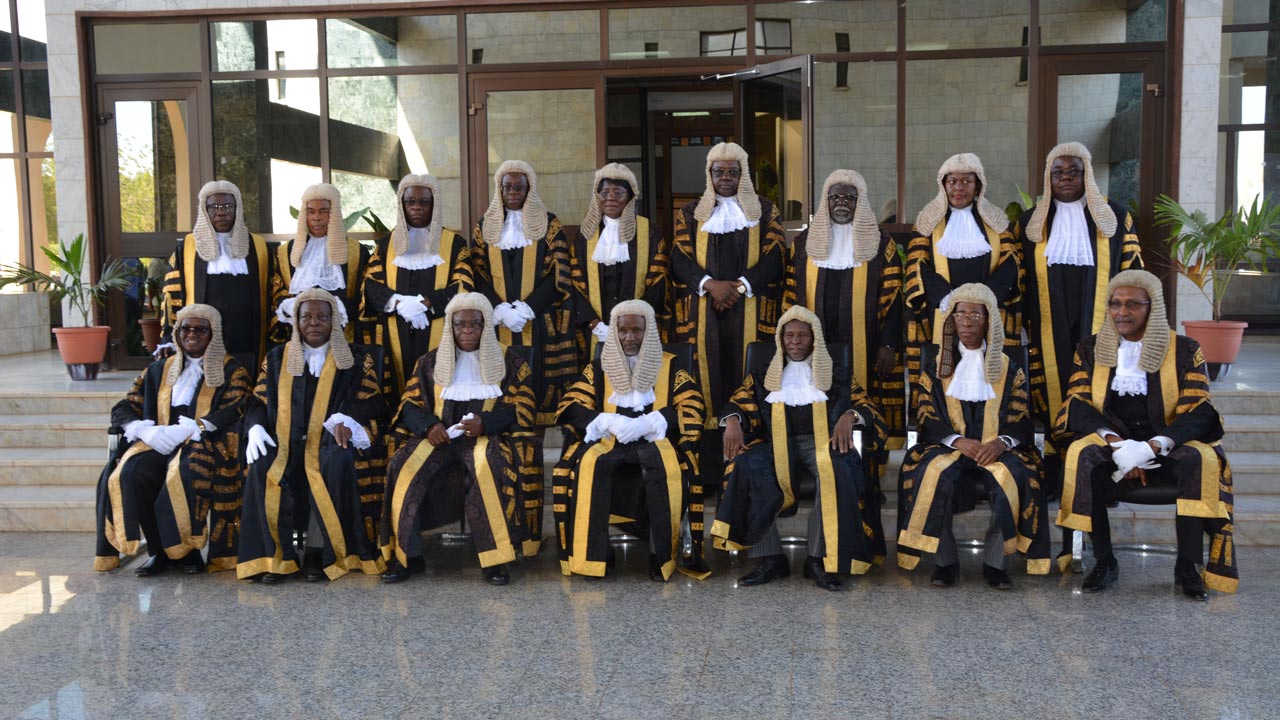 The Socio-Economic Rights and Accountability Project, SERAP, has sent an open letter to President Muhammadu Buhari requesting him “to use your good offices and leadership to urgently instruct all appropriate authorities to release budgetary allocations for the immediate payment of outstanding salaries and allowances of judges and judicial workers across the country.”

In the letter dated January 18, 2017 and signed by SERAP executive director, Adetokunbo Mumuni, the organisation said that, “The Senate of Nigeria has disclosed that federal judges have not been paid their salaries and allowances for four months. SERAP is seriously concerned that failing to pay regularly and punctually the salaries and allowances of judges amounts to an implicit interference, and would seem to make judges dependent on the will of other branches of government, especially the executive, for the payment of their salaries.”

The letter reads in part: “SERAP notes that the independence of the judiciary has always been considered one of the important elements of the Nigerian constitutional system. This cardinal constitutional and international guarantee cannot be made to yield to any alleged economic necessity.”

“SERAP believes that it is a contradiction in terms to fight judicial corruption and yet not regularly and punctually pay judges and judicial workers their salaries and allowances. If we may ask, what is the point of granting the judiciary independence on the one hand if it is taken away with the other, for example, by failing and/or refusing to regularly and punctually pay their salaries and allowances? SERAP argues that that which is prohibited from being done directly may not be accomplished by indirection. The law abhors evasions and subterfuges.”

“It is important for our judiciary to remain perfectly independent, and beyond the suspicion of any outside influence. SERAP believes that the effect of the non-payment of salaries and allowances of judges is to reduce the purchasing power of judges, diminish the benefits to which they are entitled under the 1999 Constitution (as amended), and ultimately weaken the judiciary, which is the last hope of the common man.”

“It is double jeopardy for our judges whose salaries and allowances are not regularly and punctually paid, as these judges may not, by reason of their calling, be able to personally challenge the matter in court. And the possibility of resolving the matter in a judicial proceeding may be limited since several judges have an interest in the matter, and may not therefore with propriety undertake to hear and decide it.”

“It will be a national embarrassment if our judges are compelled to decide this, since the judges like every citizen have a right to an effective remedy and they will be perfectly entitled to approach the court for reliefs if your government does not urgently find satisfactory solutions to this problem.”

“For a government that has repeatedly expressed commitment to fight official corruption, it is absolutely important to work proactively to maintain the principle of the separation of powers as a basis for liberty and justice, especially given the fact that the judiciary is the most vulnerable of the three branches of government.”

“It will be extremely difficult to attract good and competent men and women to the bench, and to make them independent when the salaries and allowances of judges are not regularly and punctually paid.”

“It is essential to the preservation of the rights of every individual, his/her life, liberty, property, and character, that there be an impartial interpretation of the laws, and administration of justice. But the right of every citizen to be tried by judges as free, impartial, and independent as the lot of humanity will admit cannot be enjoyed as long as judges’ salaries and allowances are not regularly and punctually paid.”

“An independent judge is a proper and necessary guardian of human rights, and should never be subservient to those on whom they are dependent for their salaries, and their bread. The independence of the judiciary cannot be sacrificed because of an economic depression. And the provisions of the constitution cannot be disregarded on the same ground, and as such, regular and punctual payment of judges’ salaries and allowances ought to be your government’s top priority.”

“SERAP therefore urges you to use your good offices and leadership position to instruct the appropriate authorities to release budgetary allocations to ensure the immediate payment of all outstanding salaries and allowances of judges and judicial workers.”

“We also urge you to publicly commit and guarantee regular and timely payment of salaries and allowances of judges and judicial workers.”

CJN Calls for the Review of the NCC Act