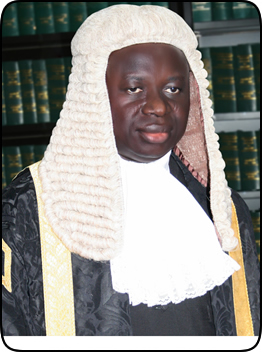 Justice Peters had  summoned Mr. Falana to appear before him to clear the air on a an alleged statement attributed to him where he said that courts in the country are now supermarkets where the rich go for shopping. Our source indicated that rather than appear before Justice Peters, Falana had written to the NJC questioning Justice Peter’s competence.

It would be recalled that as a guest speaker at the opening ceremony of NBA Enugu branch Law Week in December, 2016, Falan had decried the corruption in Nigeria’s judiciary allegedly called courts in the country  supermarkets where the rich go for shopping.

This drama is unfolding! Stay with us

These NICN Judges can sha do solidarity for Africa!