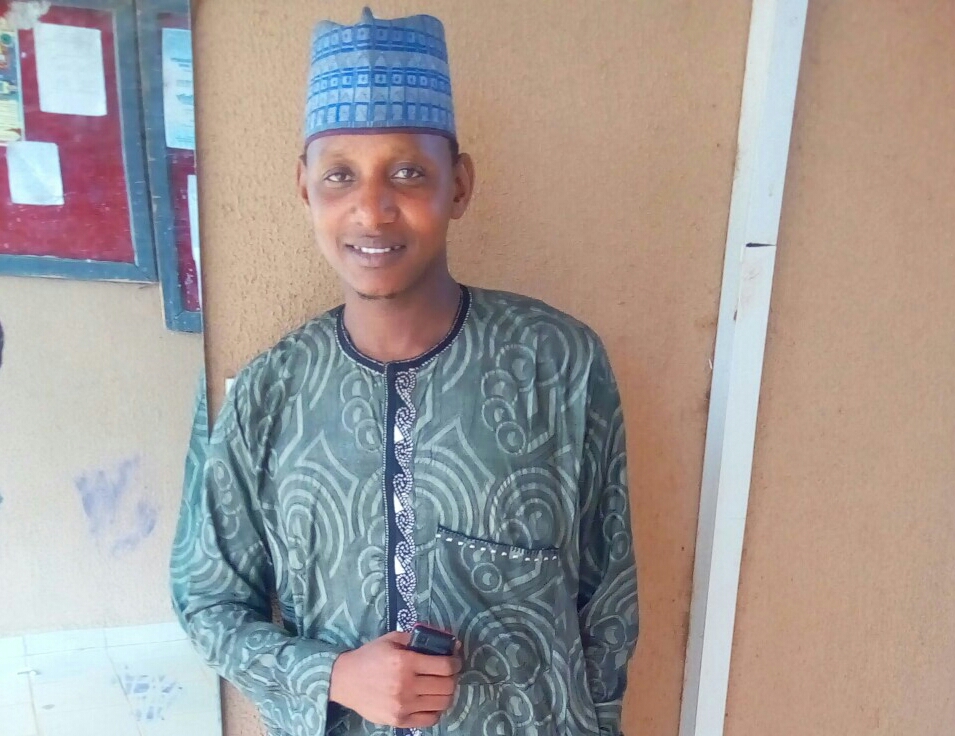 There is no gain saying that: law is a noble profession & a law student is a gentle man willing to become an administrator of justice wherever he/she finds self in the future endeavors. It’s one of the societal problems that prompted me to develop interest to study law;

It will be interesting to note that, I am a northerner by  extraction but born and brought up in the Southwestern part of Nigeria.

As I was growing up there, I experienced the good, the bad and the trouble. Where discrimination, contempt of rule of law, Bias and Marginalization were the order of the day without any remorse & such a notorious habits are not only judicially noticed but not a step is being taken to address the hitherto problems bedeviling Nigeria’s Societies in general.

In my quest to ascertained the bedeviling issues, I had taken time to visit Iya-Ganku Prison in Ibadan and New Oyo prison in Oyo-Town  respectively. I found that 80% of the inmates in the two respective prisons were Hausa/fulanis. Mostly were  on remands & minor bailable offences & some were there without the knowledge of their parents or relatives. Some were  only charged to court because they couldn’t bribe the police or charge & bail personae.

It’s a custom in the aforementioned region to impregnate a girl whom you are in love with in order to marry her but if a northerner does so will end up in the police custody without being charged to court.

If a northerner applies for indigene or admission he will not be given either. As a Nigerian born and brought up in the region. In  modern democracy, people who help a party to victory rip dividends of democracy but the case appears contrary in the region upon entering an agreement prior to the election but it’s not fulfilled and the action is never challenged in court.

It’s a tradition in Nigeria, where lands are allotted to the inhabitants (aliens)as envisage in sec 17(2)(a)3(a)(b)of CFRN 1999 as amended in a particular region commonly known as Sabon-gari, but this is not honoured in some part of the region.

When you attend Hospitals, schools And other state owned  departments you can’t see a northerner working there  even though there are qualified northerners in all the ramifications but they are deprived their rights upon paying Tax. See Sec 14(4) of the CFRN1999 as amended.

Can i conclude without mentioning the issue of Election & remuneration of traditional rulers of northern extraction in the region? No!

People are empowered  by the constitution but  denied by the people of their rights to vie for political offices. Traditional rulers of other extractions in some regions are being put on monthly remuneration in order to ease the running cost of their administration & to do justice to their subjects without extorting from them & their morale will be boasted to also feel as part of the people of the region but such remuneration is not paid by the the government of the region.

The above prompted me to  study law and go back after  call to Bar & start advocating for Equality, Respect for rule of law & balance  of equilibrium.

The Steps I will take if I become a lawyer:

I will first and foremost form a social organization (Pan-Arewa cultural organization) in conjunction with other existing organizations such as:  Association of Non-Indigene Residence In Oyo(ANIRO) MiyettiAllah Cattle Breeder’s Association Of Nigeria (MACBAN) Northern Traders Association (NTA)  Arewa People’s Congress (APC) Arewa Consultative Forum(ACF) & visit the state-governors,  Afenifere, OPC, Alaafin & other traditional rulers within the region to  present to them a blue print & harmonise among other issues bedeviling our common coexistence, the need to preserve them and uphold the concept of justice.

Secondly, I will align with other notable lawyers in the region to start visiting prisons & decongest the inmates, visit police stations and free the detained, appeal from the traditional rulers and the state- governments to allot plot of lands (Sabo) to areas where they have not been given to as envisage in sec 15(2)(3)(a)(b) of CFRN 1999 as amended. Meet the security agencies and create awareness on their operation because so many a times people are being extorted on daily basis on the roads with full vehicles and motorcycles document simply because of their status.

Thirdly, i will visit the political parties and their leaders to establish a Better communication & ensure every agreement entered during electioneering  is executed in the post election otherwise legal action will follow forthwith.

My  aim is to have a better society devoid of injustice & social vices, also enjoin other regions to join the’ Liberation Movement’.