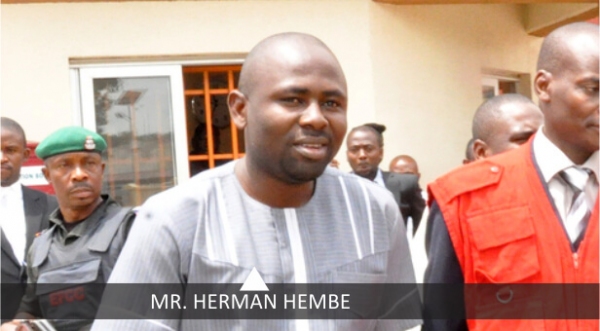 The Supreme Court, on Friday, has declared as null and void the election of Herman Hembe into the House of Representatives, while also declaring Mrs. Dorothy Mato the winner of the All Progressives Congress ticket for Vandikwa/Konshisha Federal Constituency of Benue State.

Hembe was elected into the House of Reps in 2015.

The court also ordered the Independent National Electoral Commission to issue certificate of return to Mato.

The 41-year old Hembe, a lawyer, was representing Vandeikya/Konshisha Federal Constituency on the platform of the APC.

The apex court also ordered Hembe to vacate his post immediately and return all salaries and benefits collected while in office within 90 days.

The court averred that Mrs. Dorothy Mato was the rightful winner of the APC ticket for Vandikwa/ Konshisha Federal Constituency of Benue State.

EFCC Drags 2 Men to Court for Impersonating Directors of Mainstreet...