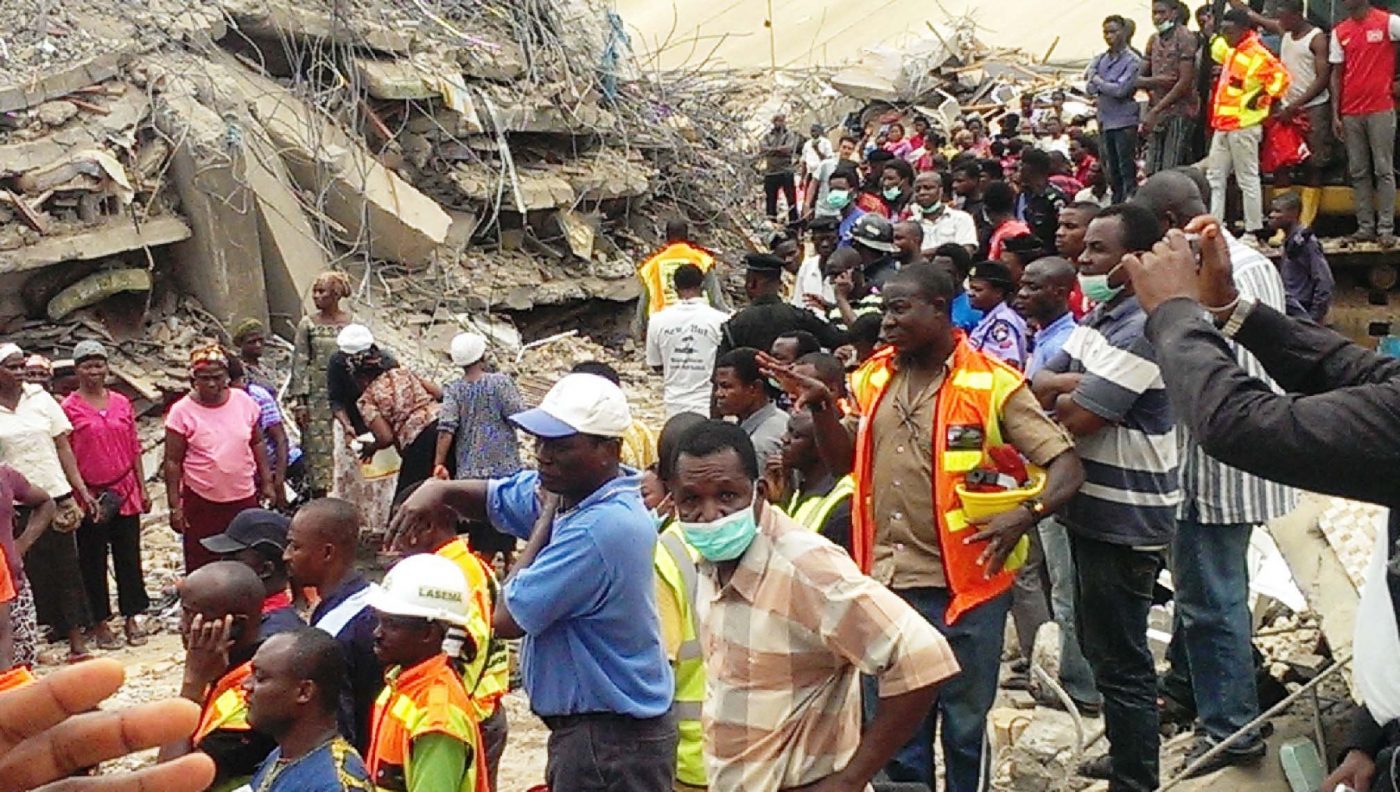 Absence of the sixth prosecution witness on Thursday stalled the trial of two engineers over the collapse of the guest house of the Synagogue Church of All Nations, SCOAN.

They are standing trial before an Ikeja High Court.

The News Agency of Nigeria reports that Idowu Alakija, the Lagos State Director of Public Prosecutions, DPP, told the court that the Sixth Prosecution Witness, PW6, was overseas.

“PW6 was expected to come in for this matter from overseas, but we received a last minute phone call from him that he would not be able to make it to the country.

“I humbly request that the court gives us at least a week to enable our witness to be able to come to court,” she said.

There were no objections to the request by defence counsel – Efe Akpofure, Titi Akinlawon, and Olalekan Ojo.

Justice Lateef Lawal-Akapo consequently adjourned the case to February 17 for continuation of trial.

Messrs. Fatiregun and Ogundeji and their companies, Hardrock Construction and Engineering Company, and Jandy Trust Ltd., alongside the trustees of SCOAN, are facing a 111-count charge of gross negligence and criminal manslaughter.

About 116 persons died in the collapse of the seven-storey guest house, which occurred on September 12, 2014. Eighty-five of them were South Africans.

Five prosecution witnesses have testified in the trial. They include John Obafunwa, the Chief Medical Examiner of Lagos State, and Toyin Ayinde, a former Lagos State Commissioner for Physical Planning and Urban Development.

‘I prepared fake charm to test my wife’s fidelity – man...