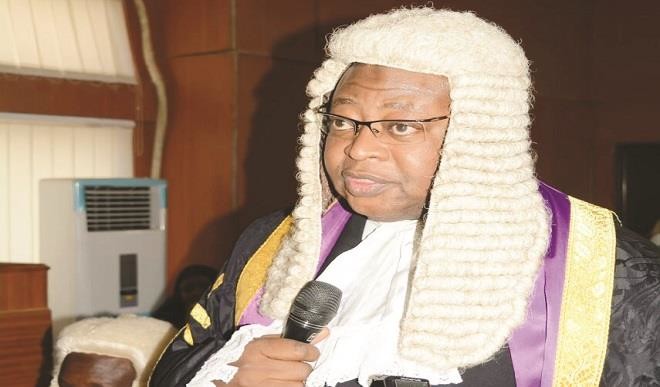 A former Attorney General (AG) of Sokoto State, Alhaji AbdulKadir Inuwa, has said that there can be no defense or rationale for corruption anywhere especially in the judiciary.

The former minister of Youth Development stated this in a lecture he delivered at the Special Session of the Sokoto High Court in honour of retired Justice Danlami Bawa Sambo recently.

He said it was unfortunate  for the judiciary that a few judges in its top echelon are being tried for the alleged involvement with corruption.

“There can be no defense or rationale for corruption anywhere, especially in the judicial arm of government where judges, like Caesar’s wife, must always be seen to be above board, unpalatable or unpleasant as these developments have been.

The former attorney general said the greatest challenge facing the constitutional tripartite arrangement between the Executive, Legislature and Judiciary is posed by the management or mismanagement of the unavoidable lapses and discrepancies that may sometimes occur in the course of  governance.

He said that recent events in the judiciary have caused a lot of concern over the sustainability of the interrelationship between the three arms of government in the democratic dispensation.

“The tripartite structure of government and the principle of separation of powers are critical components of democratic governance meant to optimize the main objectives of democracy as well as to preserve and protect the respective independence and role of each arm of government and avoidance of concentration of powers in one hand with the attendant tendency to corrupt and abuse.

ALSO READ   NWLR This Week: When Court Can Convict The Accused on His Extra-Judicial Statement

“By implication, the three arms of government should function and exercise their independence with due respect for their mutual responsibility to maintain and sustain democracy in the overall interest of the citizenry,” he said.

Each arm of government, according to him, has internal mechanism which draws strength or authority from the 1999 Constitution, as amended  for ensuring efficient administration and performance anchored on time-honoured ethics, standards, procedures, rules and regulations also adopted in furtherance of the vision and mission of each.

In his remarks, retired Justice Sambo said that the unavoidable human and institutional lapses of each and all arms of government have been routinely resolved with mutual interest and fixed focus on sustainable governance for the good of all.

“With the required sense of purpose and spirit of goodwill prevailing among their respective operators, the tripartite constitutional arrangement has performed creditably well in the sustenance of democratic governance for thus far despite human imperfections,” he said.

He said the administrative procedures, regulations and main objectives of the constitutional tripartite arrangement can be jeopardized by improper management of unfavorable fallouts from operations of the respective arms.

Court Cannot Pick and Choose Which Portion of the Evidence of...

Preparing for the Inevitable; The Utmost Need to Have a Will...