In furtherance of its advocacy for the domestication of the Violence Against Persons Prohibition Act, the International Federation Of Women Lawyers, FIDA Bayelsa State branch has paid an advocacy visit to wives of legislators in the State. 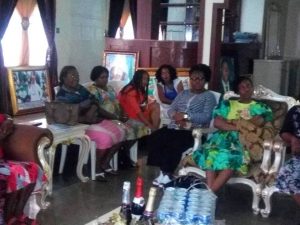 According to the chairperson of the branch, Barrister Dise Ogbise-Erhisere, the target of the visit is to seek the collaboration of wives of legislators for the domestication of the VAPP Act in the State.

This she said can be achieved when they individually impress on their husbands for its domestication.
This, according to Dise Ogbise-Erhisere will help in the reduction of gender based violence in the State.

The female lawyers were received by the wife of the Speaker, Mrs. Konbowei Friday Benson and other wives of the Legislators.

The chairperson called upon the Wives of the legislators to stand with FIDA in the fight against violence against women and children while decrying the increasing rate of rape, defilement and domestic abuse in the state.

Furthermore she suggested an immediate sensitization tour to the 24 constituencies in the state to create more awareness on laws protecting women and children. 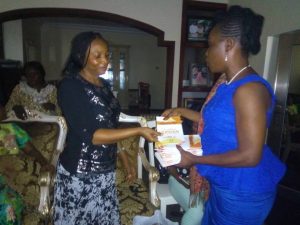 In her response, the wife of the speaker, Mrs. Konbowei Benson said the wives of the legislators are ready to partner with FIDA to see that the VAPP act is eventually domesticated and that they are ready to join the branch in the constituency tour.

The high point of the visit was the presentation of 30 copies of the simplified VAPP Act produced by FIDA and FACE INITIATIVE to the Speakers wife.