Home News The Weird Types of Litigants You Would Ever Meet as a Lawyer! 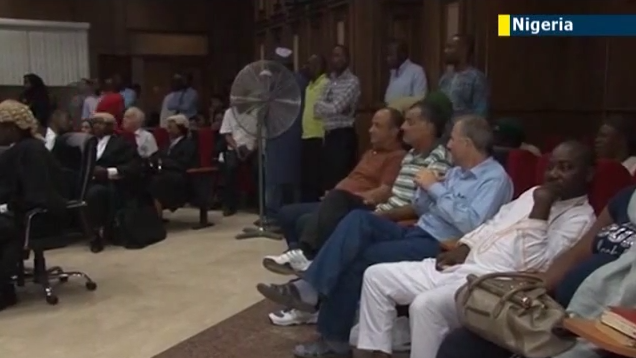 They are the reason why we go to court, Litigants. For as many weird lawyers on the street, there are equal proportion of weird litigants. Join me as I consider a few I have come across.

Litigants in this category intimidate both their lawyers and the lawyers on the other side. In fact, they know the law more than their counsel.

The lawyer is only in court because he has taken the pain to attend the University and Law School to be called “the Law.”  These types of litigants talk from the audience when they feel you are “misrepresenting facts.”  They can bend, tip toe or run to you to whisper to your ear while you are addressing the court.  They are often restless, move intermittently and distract people around them including the judge. They are neither scared of the intimidating eyes of counsel nor the judge. These litigants can irritate the judge baje! In fact, you would hear some judges ask if they want to defend the matter themselves. Their trade in stock is to exit the court room before the lawyer finish the matter and just go home.

These litigants want to enjoy the services of a lawyer without parting with their money. They have a few traits:

Warning: If you inherit a file that has been handled by over two lawyers, it is red flag! Beware!

(3) My lawyer is better than yours

These are mostly very naïve and ignorant of the law. Very respectful to the lawyer They would pay for your food, your transport, the N20 to “wee wee” and N50 to “pupu” and a host of other expenses you may incur while in their presence.  They sit at the back waiting for you to stand to address the court and would let those around them know that you are speaking on his behalf. They carry your bag and loads of files in and out of court with pleasure. As the lawyer, you are never wrong. If the judge ever harasses you, they would be quick to tell you how you are better than the judge. When the lawyer on the other side talks more than you, even though they don’t know the argument, they would tell you the lawyer was talking rubbish.

These categories will pay legal fee but unfortunately, their matters are always not too serious to afford you plenty money!

(4) Don’t talk to counsel on the other side

If you are counsel to these categories of people, you would understand that this fight is all encompassing. It is spiritual, physical, metaphysical and legal. The part of the fight you are handling as a lawyer is the legal part. Once they engage you as their lawyer, declare war on counsel on the other side otherwise you are debriefed.

They watch your demeanor like cat waiting for a prey rat. They often prefer you sit on opposite side of the divide and would not want even a slightest contact with the lawyer on the other side. Litigants in this category would tell you how they are not comfortable with the way you are relating with the opponent and would easily allege compromise on your part. If you concede to an adjournment, hia, your own has met you! Just make sure you have good reason to give for being weak.  You must object to anything and everything from the other side. Before the court starts sitting, they would give you an update on the  extent of the spiritual and metaphysical part of the fight. How many deaths have occurred and how many may  still occur. These litigants are the warriors! We respect them!

These categories of litigants come in droves to court. Counsel to communities in land tussel, market association, okada riders association etc can relate.

They are always plenty in court and would be struggling to assist counsel in carrying both their bags, files, wig and gown to court. They are happy when their lawyer is shouting and can contribute 100 each to pay extra appearance as long as the lawyer is willing. But in the event that you fail to impress them, just respect yourself stay back inside the court until court rise.

They have a common habit of clustering round the counsel after court sitting just outside the court and listening with rapt attention to the explanation on what happened in court. If a ruling was delivered in their favour, forget it, they will sing a warrior’s song for the lawyer. Your legal fee is often paid in cash by this group of litigants and your appearance fee is contributed in court and delivered by the leader of the group in the different denominations of Naira.

The moment you are done with your matter, the court room is usually empty.

This one na for another day jare. Their own carry bele

Every court going lawyer can relate to the above. Please add your own