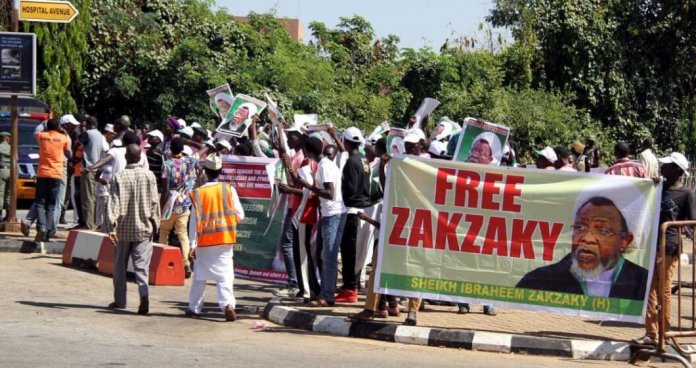 The police on Thursday arraigned about 130 members of the Islamic Movement of Nigeria also known as Shiite in Abuja over their alleged involvement in recent clashes with security personnels.

The defendants were said to be among those arrested during last Tuesday’s violent protest engaged in by the Shiite members in many parts of Abuja over the continued detention of their leader, Ibrahim El-Zakzaky.

Those arraigned on Thursday were mostly male, with about 12 women, among whom were nursing mothers.

They were charged, in a First Information Reports (FIR) tendered in court, with disturbing public peace, causing bodily harm to individuals. (including police personnel and members of the public), among others.

The defendants pleaded not guilty when the charges were read to them, following which their lawyers applied for bail on their behalf.

Magistrate Njideka Duru of Court 11, before whom about 35 of them were arraigned, granted each bail at N50,000 with a surety in like some.

Magistrate Musa Ibrahim Jibo of Court 15 granted the 35 defendants arraigned before him bail at N200,000 with one surety each.

The defendants, who were conveyed to court in two police trucks, are to be regain freedom upon meeting the bail conditions.

Further hearing has been fixed for December 5

Court Remands Sowore, Four Others in Prison for ‘Public Disturbance’