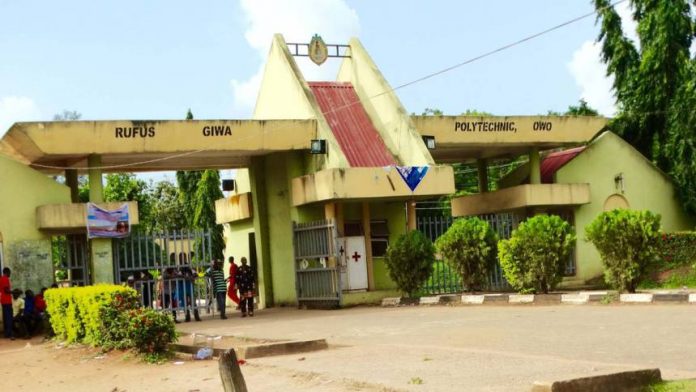 Fourteen students of the Rufus Giwa Polytechnic, Owo, who were arrested by the police during a violent demonstration a few days ago, have been arraigned before an Owo Magistrate Court.

The students, including 13 males and one female, were brought before the Chief Magistrate Court II sitting at the GRA in the town with Charge No: MOW/20C/2018 on a three-count charge of conspiracy, felony to wit stealing and malicious damage.

The Police Prosecutor, Sergeant Edu Owolabi, told the court that offences of the suspects are contrary and punishable under Sections 516, 390(9) and 451of the Criminal Code Cap 37 Volume. 1 Laws of Ondo State of Nigeria, 2006.

Owolabi opposed the plea of the suspects through their defence counsel, who argued that his clients were not guilty of the three count charges.

While speaking on the bail application, the presiding Magistrate, Mr Sunday Adedapo said, he would deliver his ruling on it in the next adjournment date which was slated for February 5, 2018.

Analogue Regulation in a Digital Age: My Thesis Against the Daily...

Priest remanded in custody over rape of minor