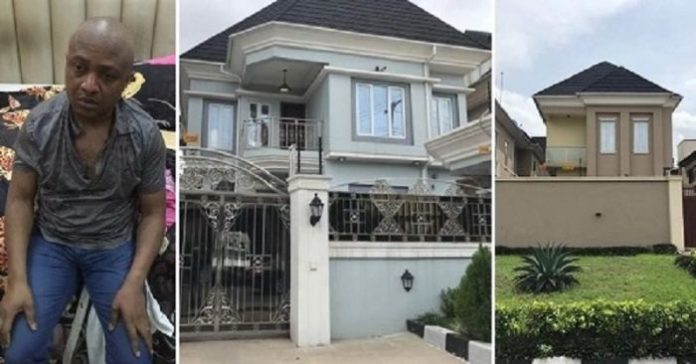 Suspected kidnapper, Chukwudumeme Onwuamadike, popularly known as Evans, has filed a fresh suit against the Police at a Federal High Court sitting in Lagos.

This time, Evans wants the court to compel the police to immediately and unconditionally release his two residential houses located in Magodo area of Lagos State.

He also wants the court to order the police and its leadership to severally and jointly tender an apology as well as pay him the sum of N1 billion.

The N1billion he said is general and exemplary damages for the alleged forceful seizure and confiscation of his properties without a court order and perpetual injunction restraining them from tampering or taking any action against him or any of his properties in relation to this case.

Apart front the two residential houses, Evans also listed his other seized properties to include N50 million cash, a wrist-watch worth $170,000, a phone worth $30,000 and five pieces of Saphono Rucci Diamond rings worth $100,000.

Others are three Italian travel bags worth $55,000 dollars, 10 Spanish shoes each worth N2.5 million, 20 KVA inverter set worth N10 million and two sets of dining table worth N8 million.

The applicant also wants N4 million as the cost of action against the police.

No date has however been fixed for the hearing of the suit.

ALSO READ   Onnoghen: EFCC Detectives, Others may Appear before NJC

Defection of Governor/Deputy from One Political Party to Another – Judgment...