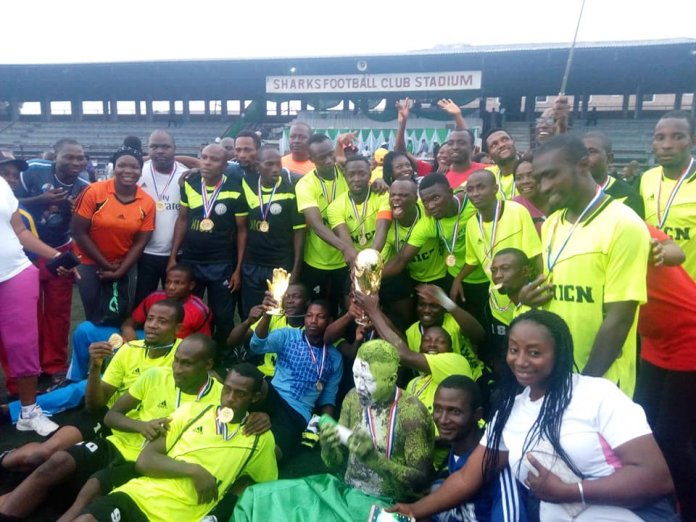 His Lordship sent his congratulations after the final whistle at the Port Harcourt Stadium, Capital of River State and described Sports as a tool for national unity which must be embraced by all.

Furthermore, The Chief Registrar, Olurotimi Daudu who was in PortHarcourt in solidarity with the team also joins millions of football loving fans in the judiciary in celebrating the very-much improved court team for meeting expectations during their games and action-soaked encounter.

The Chief Registrar commended the sport committee led by Mr. Ibrahim Safana, and other members Aina A.O, Ireggbu-Obodoukwu O.N, Nkonye Mary-Jane; Ogunbiyi Sampson, Bakare Bolaji and other team members for displaying unbeatable strength, determination and high professionalism for winning Gold in the football competition for the third time in a row.

Also in his remark, the sport committee chairman, Mr Ibrahim Safana praised the entire team for their display of patriotism and competency.

Also speaking, the team coach, Mr. Wale Ogunbiyi expressed optimum appreciation from the management for their contributions in bringing this winning to reality. He also praised the team for their show of steadfastness.