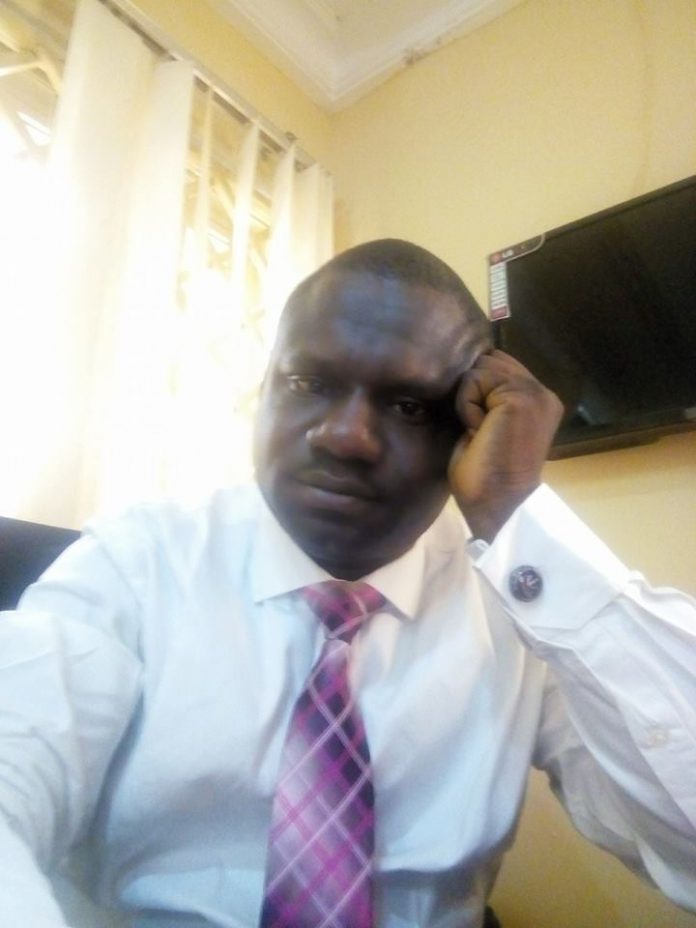 Some years ago, I was in Law School with PMB’s daughter. I passed my Bar final and she failed! Today, I am a struggling Lawyer who works extremely hard to pay my bills, and HALIMA BUHARI who failed the Bar exams at 3 attempts, now drives the most exotic cars around Abuja and lives in the most cosy and posh houses. So I ask, am I lazy or not privileged? 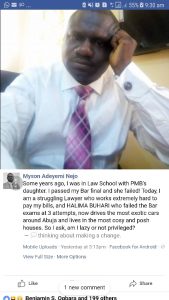 People were calling for his head on both facebook and twitter. So, we placed a call to ask that he confirm his claim and this was what he told us:

“I was just in the office and I heard what President Buhari said. I was very angry because I travelled from Abuja to my village in Ondo State to go and vote for Buhari. So I decided to just write that. But I am not lying o.

What I have said is true. You can go to Law school to get the fact correctly. We were in Law school together in 2013 and if I should finish in 2013 and she was just called to bar may be last year. So how do you explain her being called last year or two years? We were all in the same law school myself, Ohakim’s daughter, Jonathan’s daughter we were all there. Because I was the President of Niger Delta  then in school so I was close and friendly with all of them except Buhari’s daughter then.

People are attacking me but they do not understand how angry I am for Buhari to come out and say we are lazy when in actual sense he should not be saying this. Do you know I have tried to cope with responsibilities all these while. His child rides exotic cars even after wasting so much time trying to acquire the certificate and then someone is somewhere saying we are lazy. I am angry. These people are not sensitive at all.

He should please stop provoking us. Let Buhari’s daughter come and explain how I was in Law school with her in 2013 and she got called to bar just a year ago. That is my premise. The people attacking me think I am making this up.

When they travel out of Nigeria they become humble, when they return they lord it over us. If her father says we are lazy, she should tell us where she is working, her chambers and the amount she makes that is making her ride exotic car and live a luxurious life that is all we ask for.

If they like they should claim I am being influenced by political opponents. It doesn’t matter”