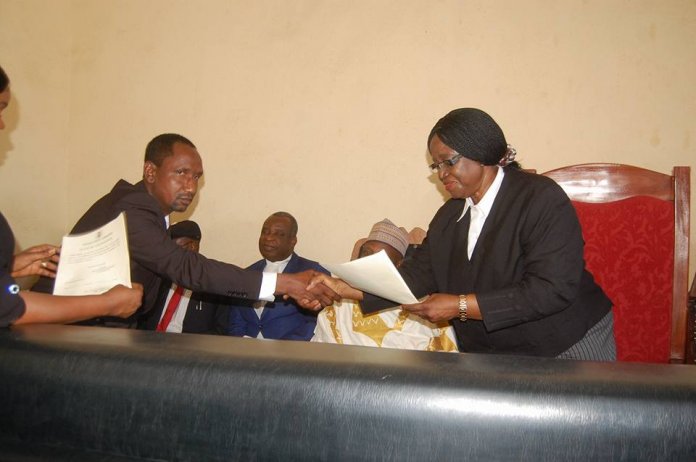 Here is what was reported:

“The premises of the High Court of Justice, Taraba State was agog today as the Chief Judge, Justice Josephine Tuktur swore in Seventy three lawyers as Magistrates; an occasion that was graced by High Court Judges, Magistrates, members of the private and public Bar as well as friends and relatives who were on ground to felicitate with their loved ones sworn in.

We must commend the action of the Chief Judge as it is even long over due. The Judiciary is greatly understaffed as most of our Courts especially the Area Courts are man by lay men with mere diploma in law who really cannot dispense justice appropriately. We therefore appreciate the efforts of the Chief Judge and the entire judiciary in her quest at ensuring that enough learned minds are brought in to help in the speedy and effective dispensation of justice.

While we rejoice with the newly sworn in Magistrates, we equally enjoin them to see this as a call to serve the people and they are expected to put in their very best. The office should be held with the highest form of integrity. They must live an unblemished life with regards to this calling. As Hon. Justice I.C Dayken puts it “There is no doubting the fact that the nature of the office and the functions the holders are required to perform calls for a high sense of duty, responsibility, commitment, discipline, great intellect, knowledge, integrity, probity and transparency. Anyone who gets appointed to the exalted position of a judicial officer without possessing those supreme qualities is sure to be an obstacle to justice according to law. For a dishonest or corrupt Judge or a Judge with little or no learning, can be a most dangerous clog in the wheels of the administration of justice”.

For all of you sworn in today, a great and effectual door is open to you and we rejoice with you as we implore you to take this call as a sacred one. You must live to the oath of office, for a deviation from it spells doom for the society. As Justice Ade Alabi puts it succinctly ” Implicit in this oath is a commitment to the rule of law, to the dispensation of justice, honesty and faithfully according to law and Constitution. The judicial oath demands that a judicial officer ought not to be influenced by any extraneous or improper consideration or by any act or conduct which does not become of a Judge”.

The above view of the former Chief Judge of Lagos was corroborated by the former President of the Court of Appeal, the Hon. Justice Akanbi (a one time fearless and virile charismatic chairman of the ICPC when he caustically put the same concept thus;
“Let me say that while a Judge with little or no knowledge of the law may be considered a nuisance and his lack of understanding and appreciation of the law may constitute an obstacle in the path of justice, yet he is still more tolerable than a corrupt judge. For a corrupt judge is not only a dangerous obstacle, he is an anathema and a disgrace to the profession or the institution to which he does not deserve to belong”.

We urge you therefore to give yourself to study of law reports, good books so as to deliver sound judgments and above all your conscience should be your greatest guide as you would one day account to the greatest Judge who has the final verdict over us all.

Follow the path of a good judge to wit;

A good Judge is a man/woman of courage and firmness which are needed to stand political expediency and against the breach of fundamental human rights enshrined in the Constitution.

A good Judge is a man/woman of maturity and prudence as opposed to recklessness. This is because by his/her training, oath of office and commitment to the rule of law, a Judge is bound to decide according to impact of the law in the facts found irrespective of the consequence. The doctrine and principles is “LET JUSTICE BE DONE EVEN THOUGH THE HEAVENS FALL.

We can go on and on but time and space won’t permit us but we once again enjoin you to commit yourselves to serious reading so as to add regularly to the wealth of knowledge you have already. Avoid laziness and avoid the temptation of sitting late. It is the attitude you put on board that both lawyers and litigants will adhere to. Those class of lawyers and litigants who believe in coming late will be forced to adjust themselves if they see you sitting promptly at 9:00am dot. Never allow yourself to be taken for granted. You are in charge of your court, therefore do not allow anyone belittle you as you act within the bounds of the law. Finally learn to emulate great mentors who have shown the leeway on the Bench. Happily we inform you that most of our Magistrates have lived up to billings and we are proud of all. Take a cue from them to make them your mentor as we pray for your success.

For the government of Taraba State, we call on you to provide a good and conducive environment for these young ones to succeed. The condition under which our Magistrates work must be reviewed. We cannot shy away from the truth. Our Magistrates must be well remunerated. Mobility of our Magistrates must be given paramount and urgent attention. Insurance policies should be put in place for them to function effectively and effectively. The world has digitized and we cannot be left behind. Acquisition of court recording equipment and training automated case tracking is trending. Aside Lagos and Abuja, all other courts in Nigeria use long hand in taking their proceedings, the equipment used are obsolete which is highly regrettable. We hereby suggest that our dear state should embark on the acquisition of modern gadgets to ease the work of Judicial Officers and court employees. Though this is a capital intensive venture but we must note that this is 21st century and not stone age; therefore we can’t afford to stand still while the rest of the world speed past us and allow the administration and dispensation of justice compromised. We therefore call on you to help our Judges give in their best for they are humans.

Finally we urge the government to remember the words of Justice Uwaifo when he said “He (Judge) repeatedly does what most people seek to avoid. He makes decision in public. He contends with all kinds of provocations, pressure and humiliation which his callings and responsibility obliges him to struggle against on daily basis. His peace of mind depends largely on his ability to speedily dispose off accumulated work. There are usually at any given time stacks of files waiting to be studied and judgments and rulings to be prepared. He has to keep up with the developments of the law. Until his work is done, he remains restless. This underscores the judges world. He is the only public servant who cannot delegate his work. He must prepare his judgments himself. His constitutional obligations to perform the job is always starring at him”

Towards this end we call on the government to create the enabling environment for judges to live up to their callings. Once again congratulations to all Your Worship sworn in today as the Bar is prepared to work harmoniously with you. Congrats to all.” 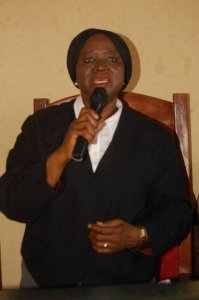 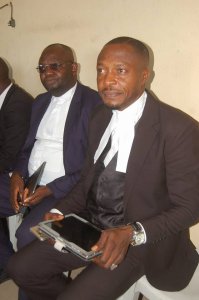 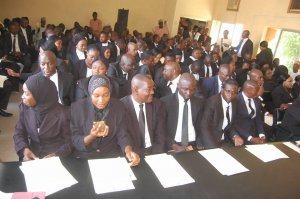 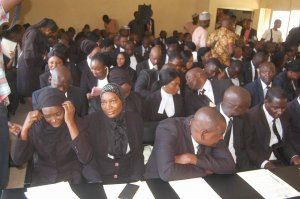 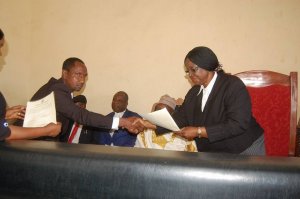 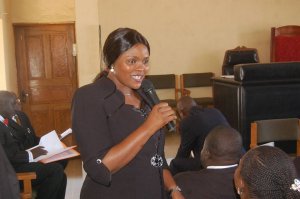