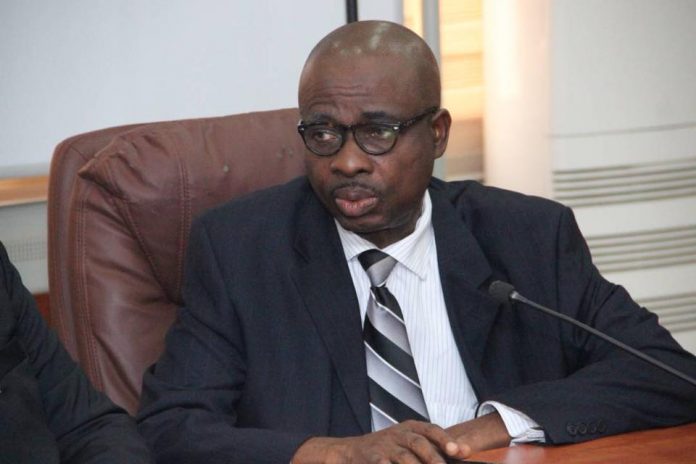 The acting Chief Judge (CJ) of Abia state, Hon Justice Kalu Ogwe has called for stiffer penalty against any convicted rapists in the state especially those who specializes in defiling under aged children.

Justice Ogwe said that it is only when such stiff penalties which should include deaths sentences are meted out on such people that the incidences of pedophiles could become a thing of the past within the state.

The Abia acting CJ then called for more messages and quick passage of bill into laws for the protection of women and children’s right, pointing out that offenders deserve life jail terms on conviction.

Speaking in Umuahia when he received the wife of the state governor, Mrs Nkechi Ikpeazu and her advocacy team in his office, Justice Ogwe decried the high rate of pedophiles in the state which is reducing girl child to ridicule.

Justice Ogwe challenged women and girl child to stop adopting defeatist attitude when they are under attack by rapists, saying that they should put up a great fight which will help in fending off the rapists.

He said, “Women and girls should not adopt a defeatist attitude whenever they are under attack by rapists, they should rather fight by grabbing the male genitals of their assailants as part of ways to ward them off”.

The Abia acting CJ urged women to bring up their children so that male children do not feel superior to the female children, “The boys should be taught how to do household duties such as cooking, doing the dishes and cleaning up the house among others”.

Earlier in her speech the wife of the governor, Mrs Ikpeazu said that her Vicar Hope Foundation in collaboration with other women groups in the state are seeking partnership with the judiciary on ways to better the lots of women and girl child in the state.

Mrs Ikpeazu said that they are working to change the status quo in the way and manner women and the girl child are treated and also to give them better protection and access to avenues that can improve their lives.

The Abia First Lady recalled that they had earlier visited the House of Assembly and the police headquarters, with the idea for the legislative arm to expedite action in passing bills against abuses on women and children and the police to execute such bills when they become laws without delay.

Mrs Ikpeazu said, “It is in the same manner that we have come to you to encourage the judiciary on the need for speedy dispensation of justice for sufferers of various human rights abuses, especially women and children”.

“We request that you look out for cases that are related to human trafficking such as baby factories, obnoxious widowhood practices and give it greater attention, as we believe that if justice is done speedily, it will serve as deterrence to others who may be thinking of doing such crimes”.

She later made a request to the CJ asking for the creation of more family courts in the judicial divisions across the state that will handle civil matters in such a way as to assuage aggrieved family members.