Home News Lack of Replication of the ACJA across States May Impede its Success... 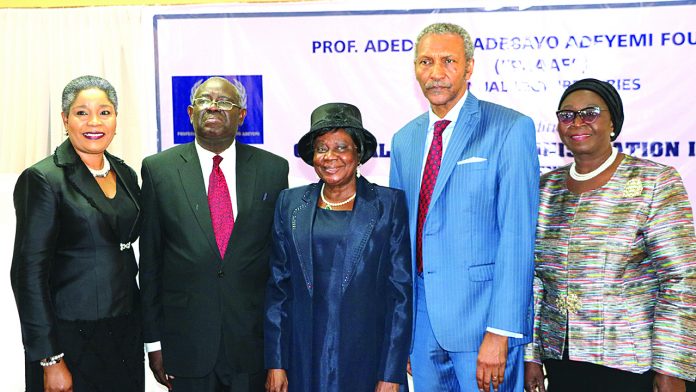 Presiding justice of the Ilorin division of the Court of Appeal, Justice M. A. Owoade has warned that unless challenges confronting the Administration of Criminal Justice Act (ACJA) 2015 are not resolved, realizing its goals may remain a mirage.

Though he endorsed the encomium being poured on the ACJA as well deserved, he warned that lack of replication of the ACJA across the States, poor stakeholders’ attitude and dearth of funds may impede achievement of the objects of the Act.

His words: “The ACJA has been described by various commentators in different complementary ways. Undoubtedly, it is a great improvement on previous legislations on procedural laws and the administration of the criminal justice system.

“It is imperative for overall effectiveness and efficacy of the criminal justice system for the ACJA to be replicated in the States of the Federation.  The State Governments must therefore be encouraged to replicate the ACJA in their various States. One possible challenge or impediment to the implementation of the ACJA is funding and the other is the need for change of attitude by the various stake holders.”

Speaking earlier, Justice Bode Rhodes-Vivour of the Supreme Court of Nigeria noted the phenomenal achievements of the Late Emeritus Professor Adeyemi, adding that he was a profound scholar who taught him criminal law in the early 70s at the University of Lagos.

ALSO READ   The Making of Responsible & Responsive Governance: X-Raying the Paul Usoro Leadership of the NBA in the light of the “Putting You First” Mantra - Sylvester Udemezue

He applauded the deceased scholar’s widow and Chairperson of the foundation, Pastor (Mrs.) Abimbola Adeyemi and her children for keeping his legacy alive through the foundation and the lecture series, urging all stakeholders to work towards an effective criminal justice system.