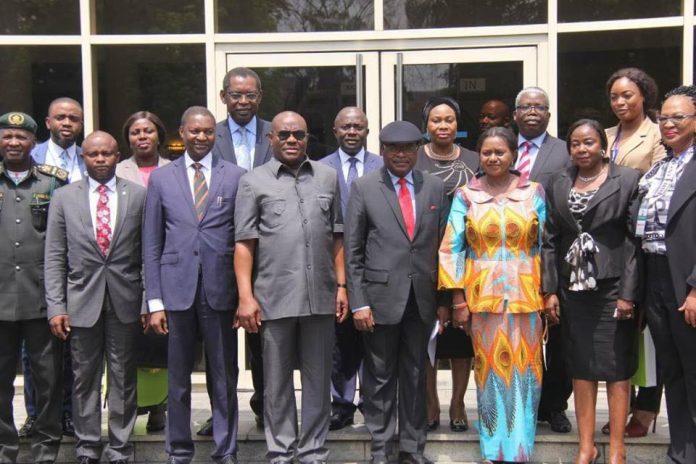 The Attorney-General of the Federation and Minister of Justice Abubakar Malami (SAN) has expressed concerns that awaiting trial inmates constitute 70 per cent of the nation’s prison population.

Malami said the development was a violation of the rights of inmates, which must be reversed through deliberate efforts of the state to decongest the prisons.

Deputy Director (Information) in the Federal Minister of Justice, Ogundoro Modupe, quoted the AGF as speaking when he led the Federal Government Stakeholders Committee on Prison Decongestion to Rivers and Imo states on February 5 and 6.

Malami decried the unchecked violation of fundamental rights of prison inmates across the country, explaining that the purpose of the visit was to oversee the implementation of the Federal Executive Council’s directive in fast-tracking the decongestion of prisons.

He added that the Committee would also review cases of inmates who have been convicted of minor offences with option of fines and are unable to pay.According to Malami, “The committee wishes to secure the release of as many of such inmates as possible through the payment of their fines.

“I am therefore pleased to announce that the committee will, in addition to ensuring the payment of fines, also conduct a review of cases of inmates awaiting trial for more than five years, in the select priority prisons.

“These able bodied men represent our potential workforce, they represent tomorrow’s fathers to raise the next generations of Nigerians.

“We must, therefore, begin to find improved ways of addressing the issue of crime and the treatment of minor offenders in our criminal justice system.”

The committee’s Chairman and Chief Judge of the High Court of the Federal Capital Territory, Justice Ishaq Bello, during the tour of prisons in Imo State, facilitated the release of 13 inmates, whose fines were settled by the Governor Rochas Okorocha.

In Rivers, the committee released 26 inmates, among who governor, Nyesom Wike assisted in paying their finesJustice Bello also released those whose offences were minor but were either remanded for years without trial or sentenced beyond  the provisions of the law.

He stated that the problem with  the prisons is not only about the crowded space inmates were subjected to, but also the attendant psychological and emotional impacts.

Wike flayed the police for delay in charging arrested persons to court, alleging that the this was partly responsible for the swelling figure of inmates.

Speaking during the meeting with the Committee in Owerri, Okorocha admitted that prison atmosphere in Nigeria cannot guarantee transformation of inmates upon their release.

He also identified the country’s justice system as part of the factors responsible for prison congestion.

Okorcha suggested prison concession or a private, public partnership, which he said, would enable the private sector participate in the construction of prisons and the welfare of inmates.

Among those freed was a young woman, Joy Goodluck, an indigene of Imo State, sentenced to three years jail term in Port Harcourt prison for stealing a half bag of cassava.

The lady, who was a month pregnant at the time of the offence, was set free with her baby after she narrated the circumstance that took her to the prison.