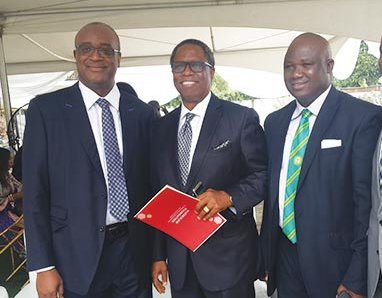 A former President of the Nigerian Bar Association (NBA) Mr. Okey Wali (SAN), on Thursday, commissioned the law foundation of his successor in office, Mr. Augustine Alegeh (SAN), as part of his contributions to legal development.

Alegeh, who is the immediate past president of the NBA, said that his foundation will be positioned to afford training and support for young lawyers, and impact them with the requisite information, knowledge, and tools needed to be relevant in the society.

According to him, the law foundation will hold regular lectures which will address cutting edge issues in the society, as well as facilitating industrial engagements in retooling and mentoring young lawyers.

The event also marked the celebration of Alegeh’s 30 years of legal practice, as well as the commissioning of a new office complex of his firm; Alegeh and Co.

In attendance at the event was a former Governor of Delta State, James Ibori, presiding Judge of the Illorin division of the Federal High Court, Justices of High Courts in Lagos, as well as Senior lawyers in the NBA.

ALSO READ   Count Down to the #NBA2017AGC: The NBA Re-Ignites Lawyers’ Passion as AGC Draws Near