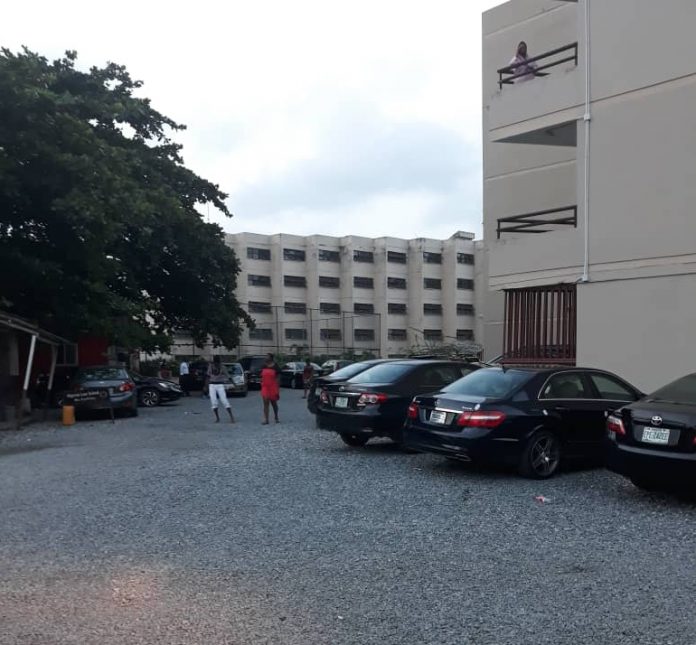 On Sunday 22nd July, 2018, an online news platform Daily Nigerian broke a news that a certain Madu Vitrus, a Christian Student of the Nigerian Law School sent a blasphemous post in several whatsapp groups within the campus which led to some Muslim students vowing to lynch him if the issue was not addressed. Further to this, a more disturbing report came in on Monday morning that there was heavy security around the Lagos Campus of the school as a result of the crisis.

DNL Legal and Style was at the Nigerian Law School Lagos Campus to find out the truth and can report authoritatively that the crisis according to students and staff was unduly exaggerated. 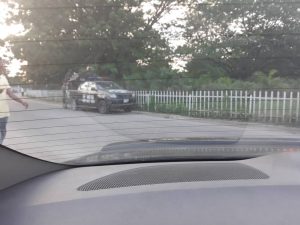 At the entrance of the Law School, we observed a calm and peaceful atmosphere contrary to the earlier reports. There was no heavy security around, the only vehicle at site down the road was an army patrol van parked leisurely while the three soldiers in the van engaged in some activities that were not really serious. For students who passed through the Lagos Law School, it is not out of place to see army or police van patrolling around the law school.

We also observed that students were going about their activities normally. Many were seen buying food from the “Mallams” along the street. Inside the hostel was not different. Students were seen moving in and out of the hostel while some were seen playing football. We were told that lectures had ended and all they have now are private studies and tutorials.  Nothing revealed any tension as described by few online news platforms. 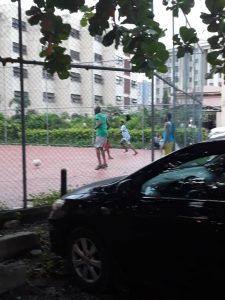 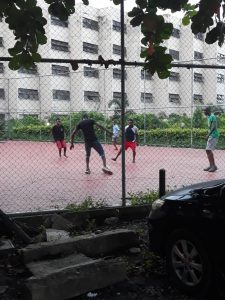 We spoke with some students and staff of the school and here is what they said:

Umenze Chukwudimma a student of the law school, when asked about the news making round, said it was shocking to hear that an issue among student which ordinarily should be resolved got out of hand and was generating so much controversy. He said it is really sad.

“It was just a mere student joke and nothing serious. We were surprise to wake up and start hearing that Law School Lagos Campus is in crisis. What crisis are they talking about?”

“ As you can see, there is no crisis. What happened was that some members of group 8 were discussing an issue on their whatsapp group chat and started comparing scripture characters and one guy just picked something from Facebook and posted on their group whatsapp and when he realized that some people took offence, he apologized but just one guy was not hearing it. He continued insisting that the school authority must hear about it. 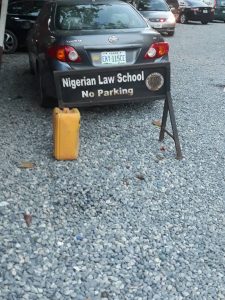 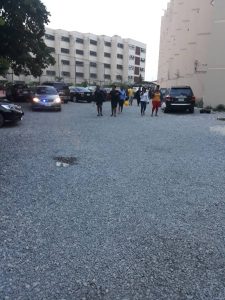 When we asked him about the heavy security on campus he responded this way:

“There was no issue now, so there cannot be heavy security. Did you see any security men outside? I am happy to tell you that we are not having any crisis and there was no security threat. It was a whatsapp group issue among students which was resolved almost immediately. We are fine here preparing for our exam.”

We also met another student who simply identified himself as Abdulqudus heading to the Mosque who told us emphatically that it was not really a crisis as portrayed in the news. Abdulqudus told us that whatever has been reported in the news was simply exaggerated. He confirmed that there was an issue among students which was expected but the school authority stepped in and had everything under control.

In his words: “There was really an issue which the management has under control.  We actually do not want it out of hand but there was really something that happened that almost triggered a very big issue but we are very happy that we have an effective student leadership that arrested the situation even before the authorities stepped in and once the authorities got wind of it, they did their best to control the issue. For now we don’t have any issues and as you can see everything is fine.” 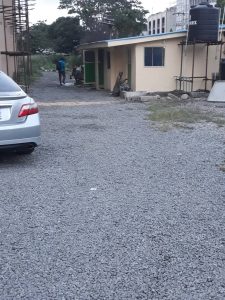 “Contrary to what is being said out there. We really do not wish that the institution is put in the public in that manner. As you can see, I am going to the Mosque over there (pointing to the Mosque) to pray and then wait for my tutorial. If there is a crisis like they reported, this should be the center of the crisis. You can see, everybody is going about their business. Even that yesterday that the news broke out, we were still here having tutorial.” Abdulqudus said.

A female student who wished to be anonymous told us that there was nothing like heavy security. She said it is really worrisome that issues that ordinarily occur in everyday life between people are now always escalated. She said she was personally sad that an issue that many did not even hear about was spreading everywhere.

“I personally did not even hear anything about it until this morning. I had to ask around when I saw the news on Facebook, like I was saying to myself, in this campus?  I had to ask like three to four persons who had not even heard anything. We eventually heard that it was just a small quarrel in one of the group whatsapp.”

“There was nothing like heavy security. There was nothing at all. We are not having any crisis. As you are aware, we have done our MCQ and everybody is seriously reading for the remaining exam. Nobody is actually paying attention to whatever issue. Please tell them to stop escalating simple issues, it is very wrong.”

A member of staff we approached waved the issue aside telling us to go and find burning issues in the society to discuss as there is actually nothing going on around the school.

“There is nothing going on here. Our students are fine, we are fine. Whoever made whatever issue a news is up to a serious mischief and we would have none of that around here.  So, you may go and engage in some other burning issue of national interest.”

“Nigerian Law School has no issue. We have young people here and they are bound to have misunderstanding, should that be news?”

In the overall, our assessment is that there is nothing really going on in the school. We took pictures to buttress this assertion.

Why I was Arrested by the Police – Evans Lawyer Reveals