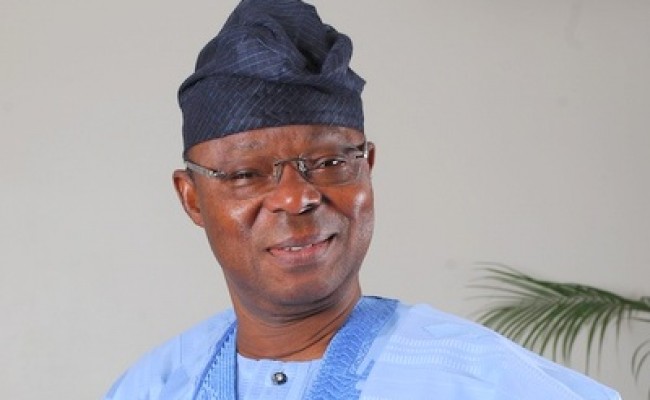 The Chairman of the Honeywell Group, Dr. Oba Otudeko, has told the Federal High Court in Lagos that his companies owed Ecobank Nigeria Limited individually.

He, however, said the debt had been repaid.

In his witness statement on oath filed before Justice Mohammed Idris, the business mogul said the firms jointly negotiated with the bank on the repayment terms.

Justice Idris had at the instance of Ecobank’s lawyer, Mr. Divine Agbua, subpoenaed Otudeko to testify in an alleged N5.5billion debt suit between three of his companies and the bank.

The companies – Anchorage Leisures Limited, Siloam Global Limited and Honeywell Flour Mills Plc – are praying the court to hold that they were not indebted to Ecobank.

The bank’s lead counsel, Mr. Kunle Ogunba, was stripped of his rank of Senior Advocate of Nigeria (SAN) for filing multiple suits against Otudeko’s companies.

But, Ogunba had claimed that the suits were against the individual companies and did not amount to an abuse.

In his witness statement on Oath, Otudeko said: “The plaintiffs were individual customers of the defendant and had personal outstanding exposures to the defendant.

Agbua had urged the court to adjourn the case to await the outcome of an application for stay of proceedings which he filed at the Court of Appeal.

But the companies counsel, Chief Wole Olanipekun (SAN), opposed the request for an adjournment, an objection which the judge sustained.

Otudeko maintained that his companies had paid N3.5billion as of December 12, 2013 as the full and final payment for the N5.5billion debt as agreed by the parties at a July 22, 2013 meeting.

Justice Idris adjourned the matter till March 12 for continuation of hearing.

Director, Lawyer, One Other Arraigned Over Alleged Theft of N1bn