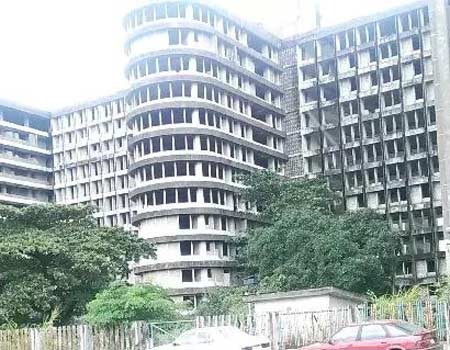 The Asset Management Corporation of Nigeria, (AMCON) has lost its bid to take over the land and property known as the Federal Secretariat Complex, in Ikoyi Lagos.

Justice Ibrahim Buba in a judgment delivered at the Federal High Court Sitting in Lagos on Wednesday, reiterated that the Federal Government of Nigeria and it’s agencies are bound to recognize an arbitral award rendered in Dec 2015, on the issue.

AMCON had sued businessman, Wale Babalakin, and his company, Resort International Ltd in Nov 2012 to seek an order for the repayment of a sum of N21bn which it claimed comprised principal sum and accrued interest on various loan facilities allegedly granted to them.

This had stalled development on the property known as the Federal Secretariat, Ikoyi.

Apart from seeking to take over the Federal Secretariat, AMCON had also sought an order of the court granting it the power of sale or disposal of a parcel of land known as Alma Beach property, and all the fuel hydrant tanks situated at the Domestic Wing of the Murtala Muhammed International Airport, owned by Wale Babalakin and allegedly given as security for the debt.

But in a counter-claim, Babalakin and his company contended that they are not indebted to AMCON but rather, a four billion Naira facility offered to the company is an equity contribution which was wrongly classified as a loan.

They, therefore, asked the court to set aside the purported loan for being inconsistent with the provisions of the AMCON Act (2010) as amended and the CBN guideline for the operations of AMCON and to declare same as illegal, null and void and of no effect whatsoever.

Mr Babalakin also contended that the publication of his name and that of other Directors of the company by AMCON in “a list of delinquent debtors” in relation to loan facilities is libelous and an affront to the judicial powers of the Court already saddled with deciding the case.

Justice Buba in his judgment today agreed with these arguments and dismissed the claims of the Federal Government and AMCON.

The court also awarded three billion naira in Babalakin’s favour for the libelous publication and ordered the Federal Government and AMCON to publish a full and complete retraction and apology to Babalakin and his company in three national dailies.

Lawyer who was Severely Beaten by Police in Warri, Charged with...