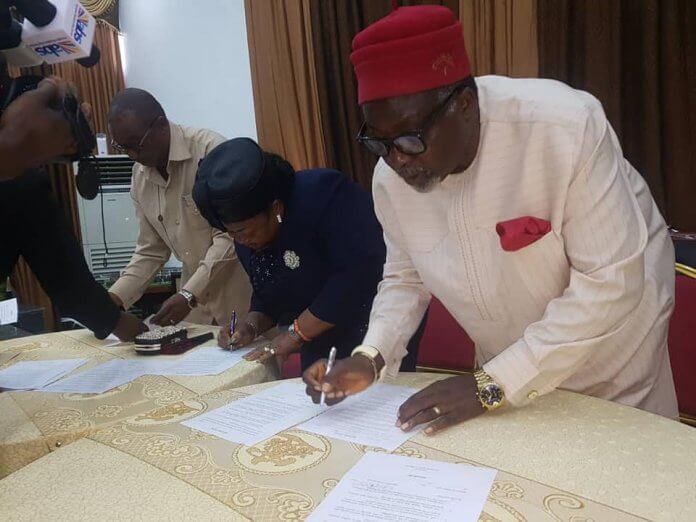 Their appointment, approved by the Anambra State House of Assembly followed the end of tenure of three members of the Commission.

The six-member commission will have Justice Peter Umeadi, the chief judge of the state, as its chairman.

Others are Uju Nworgu, the attorney-general and commissioner for Justice, and Iveanyi Udevi-Aruevoru, a legal practitioner, whose tenure has yet to lapse as a member.

The commission is charged with the responsibility of nomination of lawyers for appointments in the court or retirement/demotion/suspension from the court has five year tenure of office.

The oath of office was administered on them by Christian Nnabuife, the executive secretary of the JSC, who represented the chief judge of the state.

He enjoined them to use their experience to add value to efficient administration of justice in the state.

In her own speech, Nworgu said the appointment was in fulfilment of provisions of section 198 of the Nigerian Constitution.

Nworgu stressed that the duties of the commission were critical to national development as it was responsible for appointment of judges and disciplining judicial officers.

Ikpeze said that they would use their new positions to enhance professionalism in the sector.

Igwe Ben Emeka, traditional ruler of Umueri, urged the appointees to serve the state with honesty and commitment to duty.

Why we are Celebrating the Solar Power Supply in Lagos Courts...

Late Mrs. Ranti Daudu to be Buried on Friday July 28