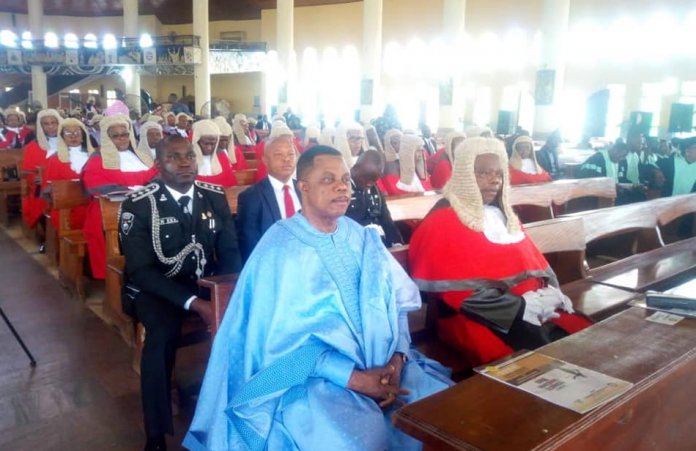 The judiciary in Anambra State has warned that it will not tolerate any act of intimidation, threats and harassment on its members.

Prof. Ilochi Okafor (SAN) delivered the warning on Monday during a special court session at the Anambra Judiciary headquarters to mark the commencement of the 2018/2019 legal year in the state.

Okafor, who spoke as a senior member of the bar, while delivering his address, condemned recent acts of intimidation on judicial officers in the state by senior police officers and members of the public, including politicians.

He said: “Threats, killings and physical assault are serious threats of the judiciary.

“Most of our colleagues have passed through this several times in Anambra, and we must not let this continue to happen.”

He cited instances of a judge in the state who was threatened “through a verifiable phone number” yet the police did nothing about it, while the same judge was accosted while going home from work and held hostage in his car.

He noted the case of another magistrate who was bullied by a divisional police officer (DPO) for daring to disobey his order in a criminal matter he was handling.

“These acts of intimidation must stop. The judiciary cannot be cowed or intimidated. The bench and bar must fight this together, because if we are caged, justice is caged.

“I am calling on the honourable chief judge to immediately meet with other stakeholders and schedule a meeting with the CP and governor to see a way around this,” he said.

The Chief Judge of the state, Justice Peter Umeadi, who presided over the special court session, used the opportunity of the ceremony to reel out a long list of achievement by the state judiciary within the legal year.

He however commiserated with the families of 12 members of the judiciary who lost their lives within the past legal year.