Home Publication An Appraisal of the Recovery of Lawyers Fees in Nigeria -Davidson Edieya, 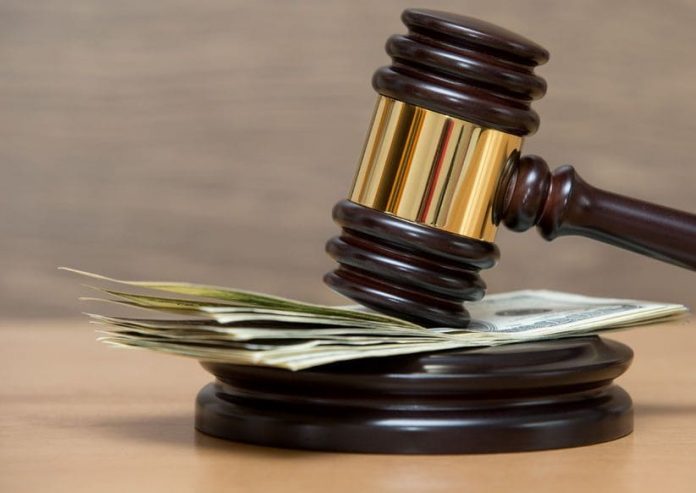 It goes without any argument that a lawyer and the client are fated to co-exist. The union between both is also recognized statutorily and judicially. Whether this union will co-exist for a long time or it will break down irretrievably mostly depends on issues of professional fees recovery. It is not traditionally good for a lawyer to engage in controversies with his client and any issue(s) that will militate each suing the other should be dreaded and eschewed. It is pertinent to infer that the legal practitioners should been seen as arbiters in the court of justice and should not be exposed to legal battles with their own clients unless when absolutely necessary. But on many occasions, clients default in making payments for professional services rendered by solicitors. This is disheartening to many solicitors who might have trusted the client at his time of need and rendered services, only for the client to renege to pay fees.

The society being dynamic and human nature incomprehensible, a lawyer may once in the life of his practice encounter a difficult client and breach of his professional fees may be the contention. To this end, this paper raises some issues in regard the subject matter as follows:

A lawyer is entitled to be paid adequate remuneration for his service to the client. It is an ancient practice that a legal practitioner has a right to be remunerated for his services. He can, however, either be paid in advance upon named fees or rely on the terms of any agreement reached as for his fees. On the other hand, if he has not received his fees and no agreement was reached as to what they would be, he must submit his bill of charges. If in the long run he has to sue for his fees, however, he must comply with the procedure laid down by law and show that the fees demanded are unobjectionable. Nonetheless, the action must be filed in a court of court of competent jurisdiction. The Legal Practitioners Act however defines a court of competent jurisdiction for this purpose as:

The above cardinal principles is strict and non-adherence to it may be fatal to the case of the legal practitioner who seeks to recover his unpaid professional fees.

Summary of the Procedure for the recovery of lawyers professional fees

The legal practitioner must allow a period of one month from the date of the service on the client to elapse before instituting an action in default of compliance with his demand as contained in the Bill of Charges. It is instructive to note that the one month period may be reduced by the court if satisfied upon an application by the legal practitioner that the bill had been delivered and that the charges therein appear to be proper and reasonable. Note also that another factor the court must consider in order to abridge the time is whether the debtor-client is doing or about to do some acts aimed at preventing or delaying the payment of the charges.

ALSO READ   NWLR This Week: Power to Divide Local Government into Wards for Election, Where Lies

Need for the Bill of Charges to be Unequivocal, Clear and Particularized

In strict sense, legal practitioners are enjoined that in the process of drawing up their bill of charges, efforts should be strained to draft same with due care in order that they will be explicit and lucid. This is in the best interest of the legal practitioner in order to eschew unnecessary litigations over such bills. Its explicitness will rather make for easy comprehension by clients, for adequate tax assessment by taxing officers where necessary and for appropriate fees to be earned by legal practitioners in view of services duly rendered.

Essentials as to the Form and Content of Bill of Charges

The legal practitioner, for instance, can show that the client requested him to render services; that he did so; that by virtue of his age at the Bar and the extent of his practice and experience he was able to provide a certain amount of skill which the particular legal matters demanded; that the charges do not exceed such as are reasonable having regard to the skill, labour and responsibilities involved in the services rendered and to all the circumstances of the case.

A legal practitioner is entitled to make written agreement with his client in respect of any professional business done or to be done by him for a sum and this is in line with the provision of Section 15(3) (d) of the Legal Practitioners Act. Such agreement in its entirety should appear fair and ought to be such that was not made under circumstances of suspicioun of an improper attempt by the solicitor to benefit himself at his client’s expense.

However, in order for a legal practitioner to be able to institute an action to recover his fees upon a bill of charges, he has to satisfy three pertinent conditions, namely-

Note, an itemized bill of charges as required under section 16 of the Act is desirable, failure on the part of the legal practitioner to itemize the bill of charges with particularity would render such a bill a nullity for non-conformity with the Act- See  First Bank of Nigeria Plc. v. Ndoma-Egba.

Having gone through the length and breadth of this topic, it has been exposed that there is statutory provision for a lawyer whose client refuses to pay his professional fees to follow in an endeavor to recover his charges and that any breach of this provision may give the client breathing air to survive any suit on the debt recovery. Also as lawyers are warned to avoid controversies with their clients especially in respect of payment of professional fees, clients are also cautioned to be objective and trustworthy in relation to issues of finance with their lawyers.

Osarenoma Davidson Edieya, Esq, LL.B (Hons), B.L (Solicitor and Advocate of the Supreme Court of Nigeria) is an Associate Legal Practitioner at Samuel Zibiri SAN &Co, F.C.T, Abuja and can be contacted at edieyadavidson@gmail.com and 08055241970