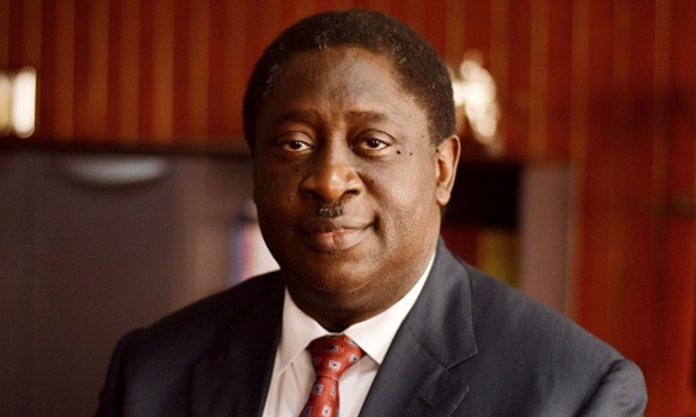 The Pro-Chancellor and Chairman of the Governing Council of the University of Lagos (UNILAG), Dr. Wale Babalakin (SAN), has called for the repositioning of the legal profession to a level comparable to what was obtainable in 1975.

Babalakin spoke in Ilorin, Kwara State, while delivering the 10th Biennial Memorial Lecture in honour of Justice J. M. Adesiyun.The lawyer, who presented a lecture titled: “Repositioning the Legal Profession”, recalled the exploits of the bar and bench in Nigeria in the decade before and immediately after the attainment of independence in 1960. He praised the foundations laid by the founding fathers of the Northern, Eastern and, especially, Western Nigeria judiciaries, who placed emphasis on merit in the appointment of judicial officers and the welfare of judges.

The guest lecturer noted with regret that the actions of the military, particularly the precipitate retirement of judges in 1975, planted the seeds of the subsequent subjugation of the judiciary by the executive arms of successive military and civilian governments in Nigeria, from which the judiciary is yet to fully recover.

In his words, “we cannot afford a blame game, which will lead us nowhere. We simply have to draw a line and start again. The legal profession must be restructured from the start. The curriculum in the universities must place the capacity to think on the highest pedestal. The law school must become more practical than theoretical. The bar must become more efficient. The amount of time wasted at the bar makes the legal profession very unattractive to young men and women who have a lot of options.”

Babalakin called on judges to, henceforth, penalise tardiness by lawyers who seek unnecessary adjournments with punitive costs.Speaking further, he noted, “the criteria for appointing Senior Advocates in Nigeria must be reappraised”, adding that: “The current criterion has congested the courts. Many cases are filed today not because of the seriousness of the issues between the parties, but because lawyers require a certain number of cases to qualify to apply for the rank of Senior Advocate of Nigeria.

“There is need to immediately enhance the status of the judiciary and reposition it to where it was before 1975. Remuneration of judges must be enhanced. The idea of a judge not having enough resources to live comfortably anywhere in the country is simply unacceptable. The appointment of judges must be on merit. I do not subscribe to the opinion that the need to comply with Federal Character in the appointment of judges is the reason for the weak appointments made to the bench. I have had the privilege of working in all parts of Nigeria. Every part of Nigeria has very exceptional men and women who are deserving of judicial appointments and can be appointed in their zones.”

Babalakin, who is a senior partner at Babalakin & Co., urged the Nigerian Judiciary to exploit their enormous powers under Section 4(8) of the 1999 Constitution to “guide the development of the nation in a manner consistent with the due process of law”.

The event was also graced by eminent lawyers from the Ilorin branch of the Nigerian Bar Association (NBA). Among them were Alhaji Aliyu Salman (SAN); Chief Bayo Ojo (SAN), a former NBA President and former Attorney-General of the Federation; Mallam Yusuf Ali (SAN); Mr. R. A. Lawal-Rabana (SAN); and Chief Duro Adeyele (SAN), the chairman of the Memorial Lecture Committee.