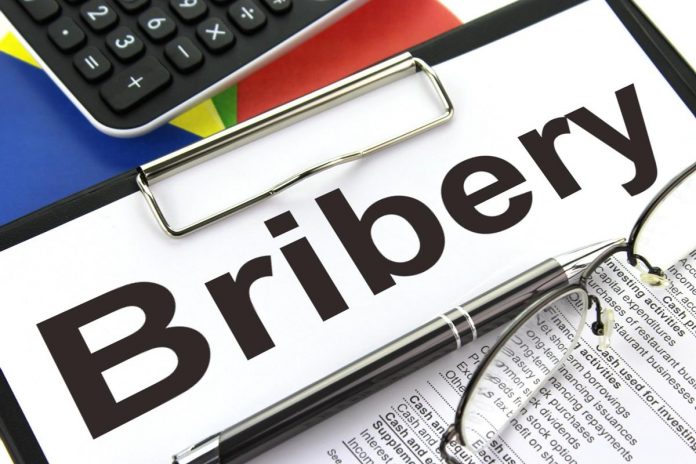 A bailiff with the Akwa Ibom State High Court, sitting in Mkpat Enin Judicial Division, Mr. Uko Ekpo-Nyo, collapsed yesterday in court at the hearing on a bribery allegation levelled against him.

Ekpo-Nyo was accused of collecting bribe from suspected kidnappers to subvert justice against their victim, the Director General of the Centre for International Integrity, Peace and Development in Nigeria, Dr. Ime Stephen.

There was mild drama during the court session as the presiding judge, Justice Felicita Ibanga, struggled to exonerate herself of the allegation.

According to the judge, Ekpo-Nyo acted on his own, adding that she never asked nor requested bribe from the families of the suspects, Stephen Asuquo and Dennis Harry.

It was gathered that the bailiff passed out when the judge openly disowned him and his alleged action.

Stephen was reportedly kidnapped following the case of his 15-year-old niece, Mary Udo, who was allegedly raped at gunpoint by a police inspector, Joseph Etuk, on her way from a church service.

Udo was said to have been detained for some days by the inspector, who allegedly collected N10,000 for bail from Stephen.

Etuk was said to have been dismissed from the police after an orderly room trial by former Police Commissioner Murtala Mani.

It was learnt that few days after the incident, 16 suspected  cultists  invaded his house at Nyaodiong Village in Mkpat Enin at 10:30 p.m, brandishing weapons and shooting into the air three times.

The hoodlums were said to have forced the doors open to gained entry into his room.

Also, on August 16, 2016, Stephen was kidnapped around 3 a.m by three masked gunmen who reportedly broke the backyard to enter his home.

Stephen urged the public and President Muhammadu Buhari as well as the Ministry of Justice to probe the alleged bribery scandal.