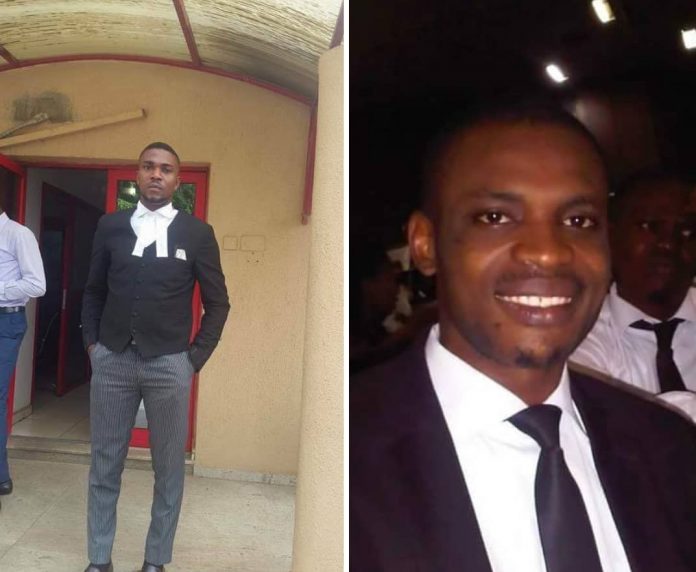 Reactions have continued to trail the arrest, detention and subsequent arraignment of two lawyers Pius Udo-Inyang And David Amaefula  from the firm of Rickey Tarfa & Co.  who were arrested by the Police while attempting to secure the bail of their client, Senator Dino Melaye.

Here is what some of them have said:

I am not surprised in the least that this is happening especially under the present IGP. He has shown us more than once that he is grossly incompetent and partisan when it comes to handling cases of such a violate nature. That he is a willing tool to commit gross abuse of the rights of Nigerians is no longer news. His recent comments on matters of public importance, with particular reference to the killings and arson committed by Fulani Herdsmen is a pointer to the fact that for as long as he remains the IGP, it is pointless relying on the police organisation for the protection of lives and properties in this country. When does the work of a defence counsel become a crime recklessly styled “obstruction of justice?”

“The brazen violation of the fundamental rights of Nigerians by men of the Nigerian Police Force has taken a frightening turn with the arrest and detention of lawyers who accompanied Senator Dino Melaye to the Special Anti-Robbery Squad (SARS) office Guzape, Abuja to write his statement in respect of an allegation made against him. This appears to be part of series of acts designed by the police to harass and intimidate lawyers in the lawful exercise of their duties to their clients which started in Onitsha moved to Lagos and now Abuja.

We will not be cowed. A lawyer engaged to represent his/her client is working in his/her line of duty and should be able to execute his/her duty without any form of intimidation, threat, harassment, fear and or victimization.

The arrest and detention of David Amafuela and Pius Udo-Inyang by the police is highly condemnable. It is an affront to democracy and rule of law. Their subsequent arraignment and remand in prison to an order of court does not detract from the arbitrariness of the Police actions.

If such unlawful actions by the security agencies continue unchecked, fundamental rights of people may not amount to much in such a climate of impunity.

I deprecate this unsavory conduct . It must stop. These lawyers must be released forthwith and the charges against them dropped. We must rise up to ensure this recklessness stops. Enough is enough.”

“While lawyers were busy in Asaba, during the 5th Criminal Justice Reform Conference, working with other stakeholders in the sector to chart a more positive course towards effective justice delivery in our country, we were hit with the unsavoury news of the unlawful arrest and detention of two lawyers; David Amaefuna Esq and Pius Ufo Inyang Esq of the law firm of RickeyTarfa & Co by men of the Special Anti-Robbery Squad ( SARS) of the Nigerian Police attached to Gutzape, FCT in the course of carrying out their professional duties.

This development and the subsequent remand of these gentlemen who I understand are counsel to Senator Dino Melaye, representing Kogi West Senatorial District in the Senate on the orders of a Magistrate sitting in Mpape, Abuja, is not only condemnable, but a threat to every legal practitioner’s right to protect and promote the rule of law in our society.

As officers in the Temple of Justice, legal practitioners are duty bound to defend their clients within the confines of the law. It is unacceptable for the alleged sins or indiscretions of the client to be visited on a lawyer in any shape or form.

It is high time the police realised that we are in a democracy and their actions must be guided by law and not whims or sentiments. Unjustified harassment and assault of lawyers by men of the Nigerian police or any other law enforcement agency must cease immediately.

I call on the authorities responsible to effect a full and detailed investigation relating to the circumstances of the ‘arrest’ of our colleagues and ensure that any overzealous security personnel found wanting is made to face the full course of the law.”

“An accused; Defendant has the right to have his lawyers with him at all material times;
A lawyer has the right to be by his client as the client writes statement in Police;
SARS has no right to arrest a lawyer, providing legal services to his client.
Under Abacha, accused persons had their lawyers and doctors attending to them without either being arrested. But here we are in a democracy, with a man seeking 2nd term, yet his security apparatus are busy fine tuning draconian ways to cage, intimidate and frighten Nigerians!
To the trenches and barricades as it was in the days of the military, so shall we file out to defend our democracy!