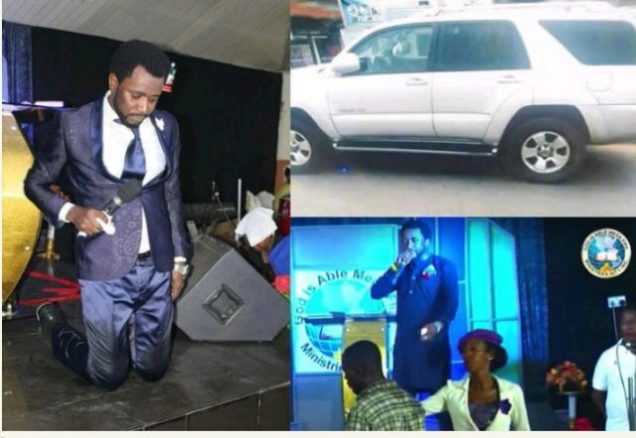 Magistrate Eke Spiff, Wednesday, caused commotion in Yenagoa, Bayelsa State, when she ordered all journalists who came to cover a case of obtaining by tricks against the founder of the God is Able Mega Fire Ministry, Apostle Abiekunogho, out of her court.

Abiekunogho is standing trial for allegedly obtaining a Toyota SUV and N20, 000 from a member of his church, Seiyefa Sayou, through a false prophecy.

It was gathered that when the case resumed for hearing, the visibly angry magistrate ordered reporters to leave her court.

She said:  “All journalists should leave this court. We don’t do sensational here, the last time you came here this issue was reported in all the media, and this made people to call my phone from all over the country, so much messages in my whatsapp. All the journalists leave my court,”

The order by the magistrate emboldened the church members sympathetic to their pastor to threaten the journalists, who left the courtroom for the premises.

It was later learnt that the pastor reportedly asked his members to deal with any journalist who tried to capture him with camera.

Shortly after the court proceeding, it was gathered the pastor was shielded by his members to deter journalists from taking his photograph.

But as he made his way to a waiting vehicle, some journalists were said to have taken some of his pictures.

The development angered the church members, who descended on the journalists and gave them beating of their lives.

A reporter attached to the Silverbird was given a hot slap while the correspondent of the TV Continental was beaten with his camera damaged.

ALSO READ   Director, Lawyer, One Other Arraigned Over Alleged Theft of N1bn

It was gathered that the church members threw caution to the wind as they continued meting out violence on the reporters and creating confusion in the area until policemen intervened to stop them.

The case was adjourned to 24th March, 2018 for further hearing.