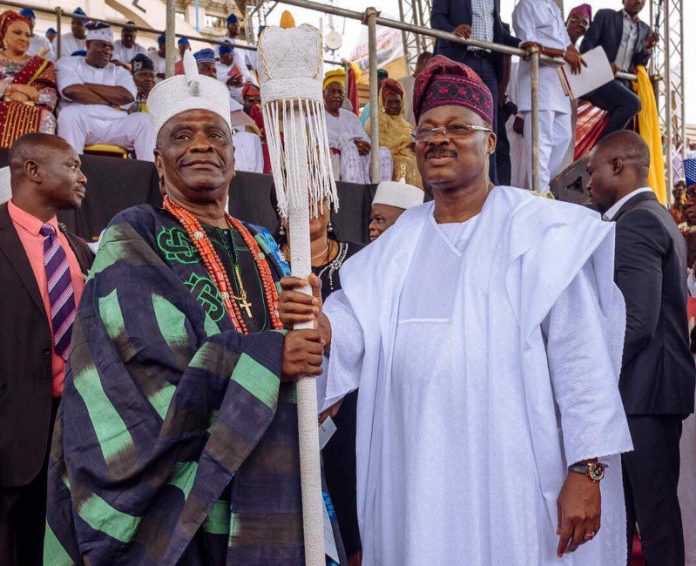 An Oyo State High Court presided over by Justice Olajumoke Aiki on Friday declared the review of the 1957 Olubadan Chieftaincy Declaration and other Related Chieftaincies in Ibadan land by the Justice Akintunde Boade Review Commission, which was set up by the Oyo State Government, as unconstitutional, illegal, null, void and of no effect.

The commission had recommended, among others, the creation of several monarchs in Ibadan which led to the installation of 21 kings by the state Governor Abiola Ajimobi.

But the Osi Olubadan of Ibadan land, Rashidi Ladoja, challenged the composition and recommendations of the commission in court, joining Ajimobi as co-defendant.

While delivering judgment, Aiki held that wearing of beaded crowns is beyond the purview of sections 10, 12 and 25 of the Oyo State Chiefs Law, stating that Section 25 of the Chiefs Law could not be treated in isolation to the provisions of Parts Two and Three of the Chiefs Laws.

The court also said provisions of Parts Two and Three of the Chiefs Laws, particularly sections 10, 12 and 25, did not give power to the governor to review the Olubadan chieftaincy declaration, while also restraining the government from accepting and implementing the reports of the commission.