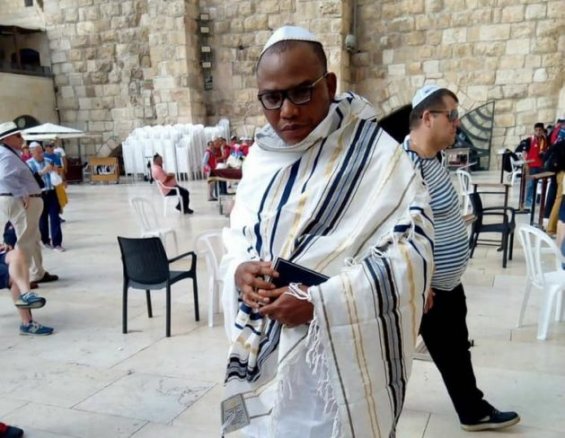 The Federal High Court in Abuja has ordered the three persons, including Senator Eyinnaya Abaribe, who stood sureties for the leader of the Indigenous People of Biafra, Nnamdi Kanu, to within two months, pay the sum of N100m each into the court’s account for their inability to produce the missing Biafran activist in court.

Justice Binta Nyako gave the order on Wednesday in a ruling in which she amended the conditions of the bail she had in April 2017 granted Kanu.

Kanu is being prosecuted before the court on charges of treasonable felony.
His trial had been earlier separated from that of his co-accused following his disappearance after a military invasion of his home in Afara-Ukwu, Umuahia, in Abia State,  on September 14, 2017

The three sureties who guaranteed his bail had been made to sign a bail bond of N100m each which was backed by their landed assets whose documents were deposited in court.

But with the amendment ordered by the court on Wednesday, they are now required to deposit cash of N100m in the bank account of the court.

Justice Nyako ruled that the three sureties had two months to pay the sum of  N100m each into the court’s account.

The judge reiterated that the order directing the sureties to pay the money was an order of interim forfeiture.

She fixed March 28 for the hearing of the motions filed by the sureties to challenging the duties imposed on them to produce the IPOB leader.