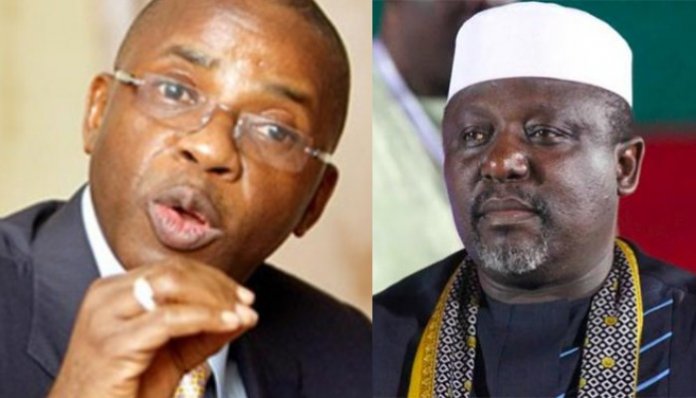 Four banks were, on Wednesday morning, sealed in Owerri, the Imo State capital, over their failure to respect an order of the court issued in favour of a former governor of the state, Ikedi Ohakim; and against the incumbent governor, Rochas Okorocha.

When our correspondent visited the banks, staff and customers stood outside, as a red tape was used to seal the banks.

A notice of attachment from National Industrial Court in Owerri, dated November 6, 2018, which was pasted in front of the banks, indicated that the affected banks had failed to honour a garnishee order issued by the court against the banks.

An order for execution issued by Justice O.O. Arowosegbe, which was on display on the banks, states: “An order granting leave to issue writ of execution of the order of this honourable court made in this suit on February 23, 2018, against, second, third, sixth and seventh garnishees, that is Diamond Bank, First Bank, United Bank for Africa and Union Bank PLC, respectively.”

A document of a court judgment on display at one of the banks on Mbari Street informed that judgment mandated the affected banks to pay the plaintiff his claims from Imo State Government accounts domiciled with the banks, which they had so far refused to do.