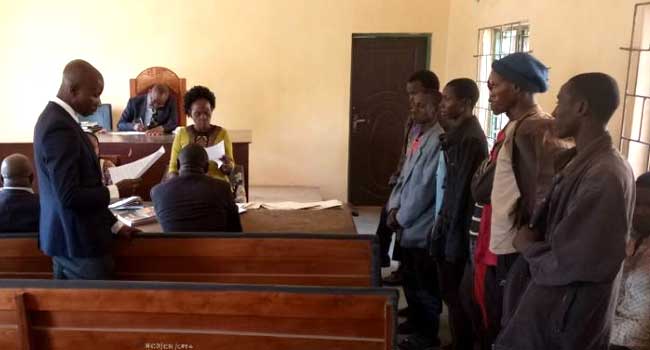 The incident which occurred on January 2, 2018, had a pregnant woman killed and five others in a fresh attack in the state.

The death toll later increased to 20, the governor of the state, Samuel Ortom confirmed the number of casualties shortly after the state security council meeting was held.

After visiting those receiving treatment from gunshot injuries at the Benue State University Teaching Hospital, it was confirmed that the hospital had received 11 bodies and nine injured victims out of which three died while being treated.

In a similar development, another Fulani herdsman who allegedly violated the Open Grazing Prohibition Law is also being arraigned before the same magistrate.

The police arrested the suspect, Ibrahim Adamu, on December 28, 2017, while grazing openly with about 70 cows along Naka road in Makurdi.