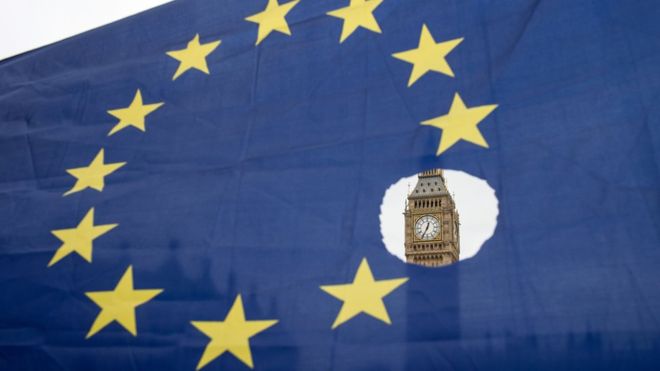 Mr Bercow told MPs the EU Withdrawal Bill had received royal assent – meaning the Queen has agreed to make it into an Act of Parliament.

The legislation enables EU law to be transferred into UK law in an attempt to ensure a smooth Brexit.

It was subject to fierce debate as it passed through Parliament, with many attempts to change its wording.

This culminated in a series of defeats for the government in the House of Lords – but ministers secured the necessary agreement for the legislation to clear the Commons last week.

In the House of Commons, the government was defeated once, in December, over giving Parliament a “meaningful vote” on the final Brexit deal.

The EU Withdrawal Act, as it is now known, will also repeal the 1972 European Communities Act, which took Britain into the EU and meant that European law took precedence over laws passed in the UK Parliament.