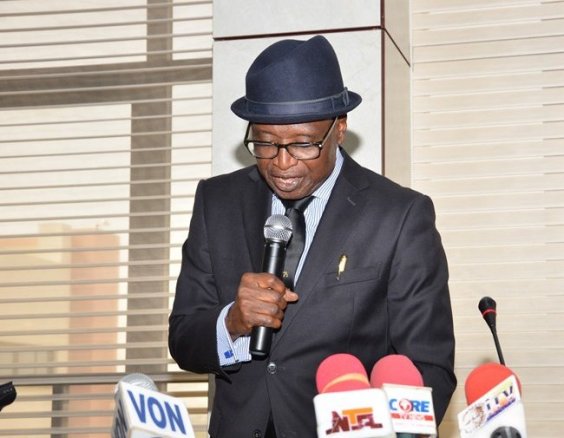 The Corruption and Financial Crime Cases Trial Monitoring Committee (COTRIMCO) has identified poor prosecution, absence of counsel for parties in Court, reliance on irrelevant documentary evidence, multiplicity of charges, non-adherence to Court rules and procedures, retirement and transfer of Judges, re-assignment of cases to start de-novo, amendment of charges after commencement of trial, and cumbersome record transmission process to the Court of Appeal amongst others as some of the factors militating against speedy disposal of corruption cases.

These facts are contained in the interim Report presented by the Chairman of the Committee, Hon. Justice Suleiman Galadima, (Rtd) CFR, at the 86th Meeting of the National Judicial Council.

The Committee distilled the issues from its findings from discussions with Heads of Courts and observations made from the surprise visits of the Members to Courts handling corruption and financial crime cases in some parts of Country.

On the part of the prosecution, the Committee observed the following:-

• that offenders are charged to Court before proper investigations of the charges are done, and afterwards, expecting the Court to detain such alleged offenders till conclusion of their investigation;

• that some prosecutors lack the requisite experience to prosecute corruption cases, which invariably leads to poor handling of such cases;

• lack of commitment on the part of some prosecutors and collusion between them and defence counsel to pervert justice either by stalling the trials of cases or achieving pre-determined results;

• that there is no threshold to the number of witnesses the prosecution calls;

• inadequate funding of prosecution Agencies to carry out thorough investigation of the corruption cases with attendant low quality prosecution cases; and

• frequent requests for adjournment by the Prosecutors.

The Committee submitted that the prosecution in most cases duplicate charges which could be up to 170 against a Defendant, but at the end, are unable to substantiate them, leading to the discharge of such Defendant.

The Committee also observed the issue of multiplicity of cases involving the same Defendants, and on similar subject matters going on in different Courts at the same time. This particular factor makes it impossible for some trials to proceed. In spite of the fact that the Administration of Criminal Justice Act (ACJA) 2015, provides for day-to-day trials of Criminal Cases, a Defendant who is undergoing trial in other Courts is always unavailable for trial.

ABSENCE OF PARTIES IN COURT:

This is a major factor delaying criminal justice administration as cases are mostly adjourned when parties are absent in Court.

The Committee submitted that both the defence and prosecution are often culpable by relying on irrelevant evidence they would not necessarily use thereby causing unnecessary delay.

On the part of the Court, the Committee identified the following as contributing to the delay in quick dispensation of corruption cases:

• retirement\transfer of Judges handling such cases. When this happens, such cases which may have gone far are re-assigned to another Judge to start de-novo;

• granting of remand order by a Court without following up to ensure suspects are brought to Court;

• inadequate provision for proper record keeping and shelving of Court files and other relevant documents in some Courts;

• cumbersome process of transmission of records from trial Courts which impedes the early disposal of appeals; and

• difficulties associated with ascertaining addresses for service of process by Bailiffs

Prison on its part contributes to the delay by failing to remind Court of subsisting order to reproduce suspects in Court and most times lack means to convey awaiting trials to the law Court.

For the speedy trial of corruption cases, the Committee recommends the following:-

• importance of proper training for prosecution in the area of investigation, especially in the area of Administration of Criminal Justice Act (ACJA) 2015;

• need for prosecuting Agencies to have competent prosecution departments manned by qualified personnel;

• synergy between the various prosecution Agencies to enhance proper prosecution of criminal cases;

• use of professionals, such as accountants, auditors, etc, to investigate high profile and complicated cases;

• need for training and re-training of staff of Court handling criminal cases;

• need to provide Judicial Officers with a Legal\Research Assistant to make their work easier.

• proper funding for the Judiciary and prosecuting Agencies;

• complete overhaul of both physical and technical infrastructures in designated Courts as some of them are small and not well ventilated; and

• need to come up with Practise Directions for corruption cases trial to cure anomalies in the trial of the cases.

According to a statement signed by the NJC’s Director of Information, Mr Soji Oye, the Committee will continue to monitor corruption and criminal cases all over the country and to meet with stakeholders on the way forward.