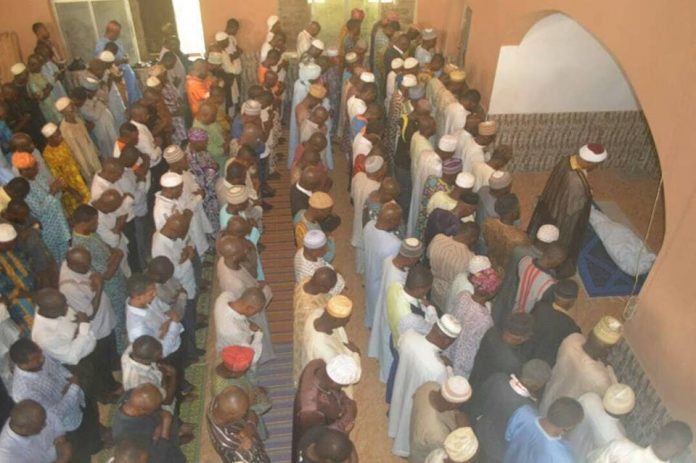 The remains of an Ikeja, Lagos based senior lawyer,  Chief Gani Adetola-Kaseem SAN, was buried in his Egbe – Ijebu country home on Monday evening. He died in the early hours of the day in Lagos after a brief illness. He was 69 years old.

The late Chief Adetola-Kaseem was reported to have died at AB Specialist Hospital, Surulere, Lagos.

The Muslim Students’ Society of Nigeria expressed its heartfelt condolences over the death.

Sheikh Abdurazak Salaudeen, Chief Imam ijebuland and Wakilu Muslim of Yorubaland led a congregation of Muslims in a two-rakah janazah (special prayer for the deceased) at Egbe Central Mosque.

Speaking after his burial, the Amir (President) of the MSSN in Lagos State, Dr. Saheed Ashafa, described the late legal luminary as a promoter of justice and morality.

While sympatising with the family of the deceased, the Amir said late Adetola-Kaseem remained a hero among Muslim students in Nigeria whose right he consistently fought for before his death.

He said: “The persistent pains, harassment, embarrassment and humiliation suffered by female Muslim students in Lagos State and some states in Nigeria for using hijab would not have been this relieved if not for a rare personality like Adetola-Kaseem, whom Allah used for fighting the cause for us without collecting a dime.

“His rare magnanimity in assisting the oppressed and developmental works in the society stands him out. About 18 months ago, he emerged victorious in the hijab case at the Court of Appeal. We pray that Allah who granted him the might to put smiles on the faces of millions of Muslims will accept his sacrifice and grant him Al-Janat Firdaus (heaven).”

Ashafa however, urged Muslim members of the benchers to emulate the late icon, urging that his legacies must be sustained.

He said, “Baba (Adetola-Kaseem) will be remembered for advocating for the cause of justice and the rights of Muslim students and women to wear hijab. This is a great lesson for individuals that whatsoever we put forth in the cause of Allah remain in our record.

“Adetola-Kaseem’s contributions to the struggle of hijab in Nigeria cannot be forgotten in a hurry. He stood by us throughout the litigation period on the case of hijab without collecting a dime as our lead counsel.

“Apart from the religious sphere, Nigeria and especially the legal profession have indeed lost an illustrious and enigmatic personality. Quite evident is the fact that in spite of all that he had been able to accomplish in his fulfilled life in the course of his practice as a lawyer and other selfless activities, he remained an epitome of modesty and humility, who never looked down on anybody.

“His passage is particularly painful for us in MSSN Lagos, for the roles he played in supporting actively our activities, including being a patron of the MSSN Lagos for more than ten years now. Adetola-Kaseem was an embodiment of morality. He never discussed schism but gives life-changing inspirational talks whenever youths were opportune to sit around him.”

The Muslim students’ leader subsequently sympathised with the entire Muslim community in Nigeria and Lagos specifically.

“Our prayers are with him and his distraught family. We pray that Allah accept him as his servant and admit him into Aljannatul Firdaus. Aamiin,” he prayed.

May Allah admit him into Aljannatul Firdaus. Aamiin. Industrial Court is Industrially Informed and Abreast of Global Trends –...