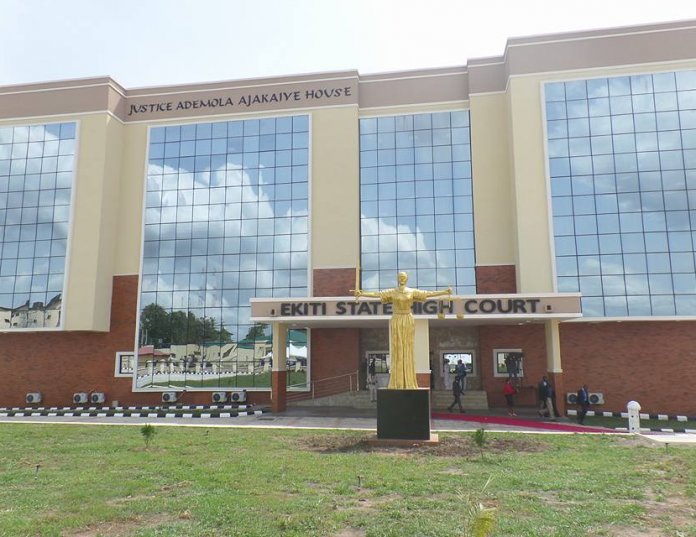 Chief Justice of Nigeria (CJN), Justice Walter Onnoghen and Governor of Ekiti State, Mr Ayodele Fayose have called for a virile and strong judicial arm for Nigeria’s democracy to grow and deliver on its mandate. 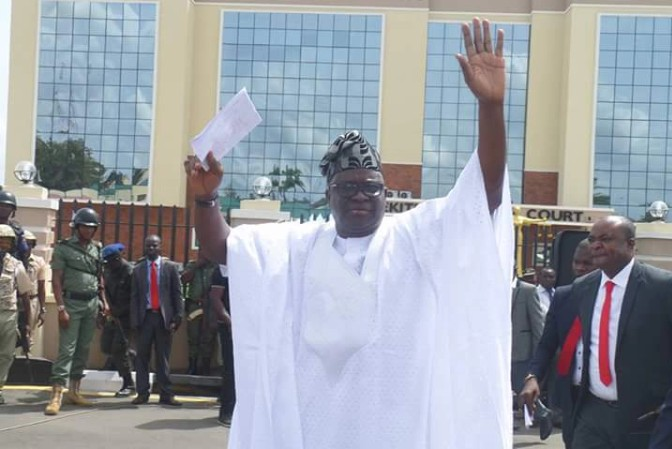 The governors and CJN made the remarks during the inauguration of an ultra modern Ekiti State Judiciary Complex built by Governor Fayose and named after the first Chief Judge of the State and Oluyin of Iyin Ekiti, Oba Ademola Ajakaiye .

Onnoghen who described the judiciary as the pivot of democracy, which should not be weakened by those in the executive arm, said attempt to render the arm impotent will boomerang and lead Nigeria to dictatorship.

The CJN, who was represented by a Justice of the Supreme Court, Justice Olu Ariwoola, said all the arms of government must work hard for the entrenchment of the rule of law and ensure efficient and effective justice delivery in Nigeria.

He said: “The country judiciary must rise up and dispense justice without fear, favour or ill-feeling . Judges must give quality judgements and rise up to the challenge of interpreting the laws of the land for the stability of our nation.

“In doing this, the executive arm must provide enabling environment for the judicial staff to discharge their duties. 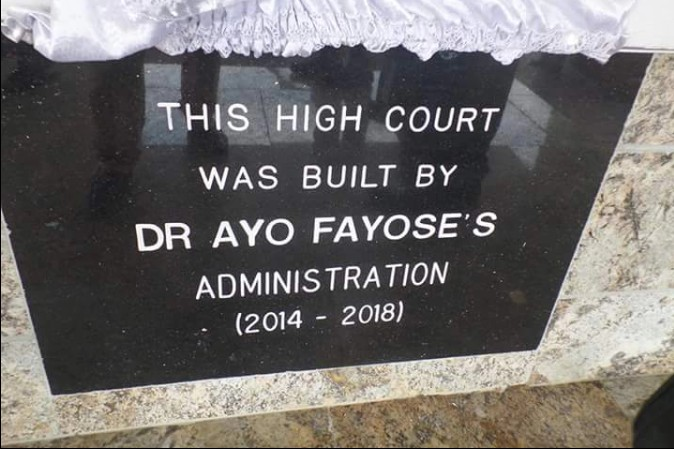 “When we are thinking of how to build democracy through effective justice delivery, the budget to the third but most dangerous judicial arm was falling thereby depriving it the needed facilities to function.

“We want to salute governor Ayodele Fayose for this feat and we appeal to other states of the federation to replicate this kind of state-of-the-art facility in their domains to make our judicial staff comfortable in discharging their duties”.

Fayose said the event of the recent past when judges were being muzzled by the All Progressives Congress-led federal government had created fear in the judiciary and make some Judges timid to give judgement against the government at the center.

The Governor stated that judiciary as the bastion of the common man should resist alleged desperate attempt being contrived to cow it in the interest of the nation. 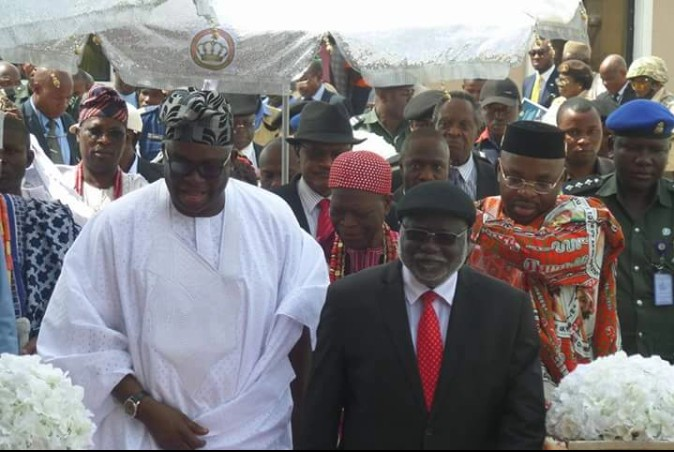 Fayose also made strong case for the establishment of a Customary Court of Appeal in Ekiti State and appointments of more Judges into the State judiciary by the National Judicial Council (NJC). “Judiciary as our hope and refuge must stand up for us. Don’t fear to give judgement. I said this when President Muhammadu Buhari came on board that this government will be vindictive. What they wanted is for judges to fabricate judgements in their favour and this must not happen if this democracy is to survive”.

Expressing serious opposition to dearth of Judges in Ekiti, Fayose said: “We have only eleven Judges in Ekiti judiciary out of which there is only one female. This is wrong and unacceptable to us. 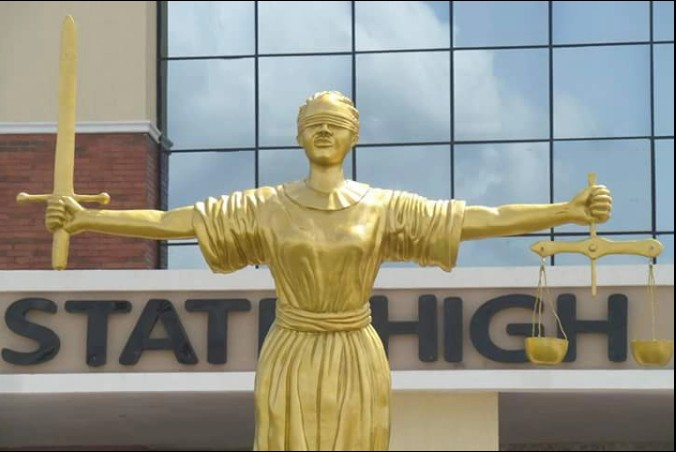 He said that a government that has performed well deserves continuity.

In his speech, Afe Babalola, the founder of Afe Babalola University, applauded the governor, for bequeathing a worthy legacy to the state.

He appealed to indigenes of the state, at home and in the Diaspora to assist in the state’s development.

The Oluyin of Iyin-Ekiti thanked God and the governor for the honour done him in his life time.

“May God grant the governor of the state all his heart’s desires,’’ he said‎.

The high point of the occasion was the inauguration of the state high court ‎complex.