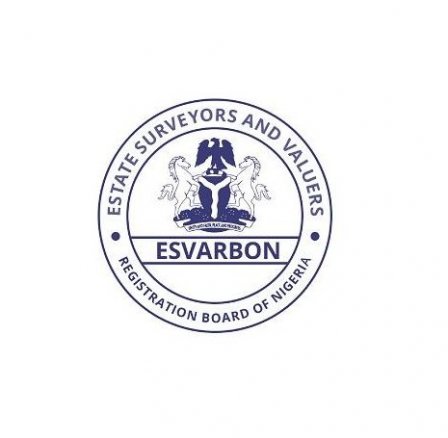 The Chief Justice of Nigeria, Mr. Walter Onnoghen, has finally given his nod to establish a Disciplinary Tribunal for Estate Surveyors and Valuers Registration Board of Nigeria’s (ESVARBON).

And barring any last minute change, Onnoghen will today inaugurate the Tribunal in the Lagos office of ESVARBON, Alausa, Ikeja.

This is coming two months after the 14th chairman of ESVARBON, Sir. Nweke Umezuruike hinted that one of his pursuits was to ensure the establishment of the Tribunal.

It was reliably learnt that, the 14-member Tribunal upon its inauguration would aid to restore confidence in the public and eliminate sharp and questionable practices among the realtors.

The Tribunal, it was gathered would be a court of appellate jurisdiction because its verdicts are only appealable in the Supreme Court of Nigeria.

The Chairman of the Board would head it, and its membership comprises experienced elders of the profession.

Besides, as provided by the enabling law, an Assessor, who must be a Senior Advocate of Nigeria and appointed by the Attorney General of the Federation, will guide the Tribunal on its proceedings, relating to matters of the law.

The Committees’ recommendations are subject to ratification and approval of the Board except those of the Tribunal.

Already, ESVARBON has in place an Investigative Panel, which in the first instance takes on any allegation of professional infractions against any estate surveying and valuation firms or individuals.

Speaking recently on the need for the Disciplinary Tribunal, Umezuruike had said: “I am sure you know we have a disciplinary tribunal and we are already processing move to get the nod of the Chief Justice of Nigeria to inaugurate the disciplinary tribunal in few weeks from now.  He added: “The way it works is this: if any report gets to the Board, it sets up investigative panel, which we already have in place.

And after investigation of the complaints and, or reports, and a prima facie is established against the accused, that will be referred to the Tribunal.” The Tribunal, according to him, plays a very serious role. The CJN inaugurates it.  The Chief Justice of Nigeria will also appoint an Assessor, who is a very senior lawyer to guide the tribunal in matters of law and procedure.

“So, reports that have been seem to have some merits, where prima facie cases are already, would be referred to the Tribunal.”

Justifying the place of the Tribunal in his profession, Umezuruike said his chairmanship was poised to enthrone ethical standards within its folds.

He had also appealed to public to bring to the Board any breach of professional ethics noticed among registered persons and “watch the Board deal with such reports expeditiously.”

According to him, the core functions of the Board is majorly to enhance and maintain sound ethical professional standard in accordance with international best practices.

Also speaking on how to address the challenge of erosion of standards within his profession, Mr. Rowland Abonta, president, Nigerian Institution of Estate Surveyors and Valuers had said that he would not joke with it.

“Every organization or group looks at his or her leader. If a leader demonstrates the tendency to ethics, there is greater feeling that, the followers will not want to deviate from their leader. But if leaders do not establish firmness, then, followers will have excuses to do things that are unethical.”

Abonta added that, his hallmark hinges on discipline and ethics and “I am assuring you that, in the next two years, even those who have veered off, will readjust themselves because they will see in me leader who is pursuing ethical standard. I will make sure that things are done properly.”

He revealed that as a member of the Royal Institution of Estate Surveyors (RICS), the foremost body in the world for estate surveyors, his ultimate goal was to benchmark their standards and make sure that our members can stand very anywhere in the world.

Two, the Board shall be a body corporate with perpetual succession and a common seal.  The Board is hereby charged with the general duty of

determining who are estate surveyors and valuers for the purposes of this Decree?

Similarly, the Board will determine what standards of knowledge and skill are to be attained by persons seeking to become registered as estate surveyors and valuers and reviewing such standards from time to time for the purpose of raising them.

ESVARBON is also to secure in accordance with the provisions of the Decree the establishment and maintenance of a register of persons entitled to practice as estate surveyors and valuers and the publication from time to time of lists of such persons and regulate and control the practice of estate surveying and valuation in all its aspects and ramifications.