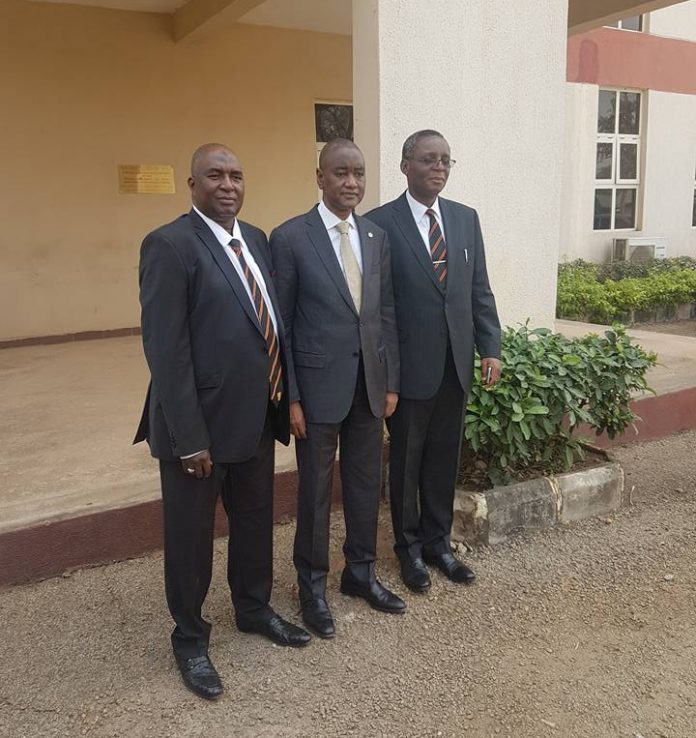 The acting Chairman, Council of Legal Education and President of the Nigerian Bar Association (NBA), Abubakar Mahmoud (SAN), yesterday tasked the new Director-General of the Nigerian Law School, Prof. Isa Ciroma, on improving the standard of lawyers that are churned out of the institution.

The Council, through its Acting Chairman and President of the Nigerian Bar Association, NBA, Mr. Abubakar Mahmoud, SAN, proposed the adoption of a minimum qualification of Second Class Upper (2.1) for all intending lawyers in the country.

Mahmoud said it had become imperative for the Council to raise the minimum entry requirement into the Nigerian Law School so as to bring it at par with the global standard.

He spoke at a formal handing over ceremony between the outgoing Director-General of the Nigerian Law School, Dr. Olanrewaju Onadeko, SAN, and his successor, Prof. Isa Hayatu Chiroma, last Friday.

Mahmoud, SAN, insisted that various law faculties in the country were to be blamed for the poor standard of Nigeria’s legal education, saying they constantly churn-out half baked law school applicants.

He said: “We need to raise the standard of legal education in Nigeria. The standard is too poor.

“The cut-off point of the Nigerian Law School which is 40 per cent is too low. We want to make it at par to what is obtainable in other Bars across the world”.

Mahmoud informed the new Law School boss that the Council would prioritise structure of Bar Examination, as well as the pass cut-off point.

“I challenge the council to up the minimum standard in accordance with what is obtainable in other jurisdictions. I think we need to raise the quality of legal education in this country.

“The standard is too poor and too weak, and we see it in the quality of lawyers that come to our chambers. So, this is one of the tasks I am giving the incoming Director-General. There are a lot of areas we need to see improvement”, he added.

Neverthless, the NBA President who presided over the hand-over ceremony that took place at the Law School Headquarters at Bwari, Abuja, showered encomiums on the retired DG, Onadeko, for what he termed “his immense sacrifice of service”.

He said the school witnessed tremendous development during Onadeko’s tenure as its DG.

In his speech, Prof. Ciroma said he was determined to build on the legacy of his predecessors by improving infrastructure and the entire management system of the school.

Chiroma who hails from Adamawa State is a Professor of Law and the former Deputy Director in charge of the Yola Campus of the Nigerian Law School.

He was appointed by President Muhammadu Buhari to take over from Onadeko who had piloted affairs of the law school since December 10, 2013