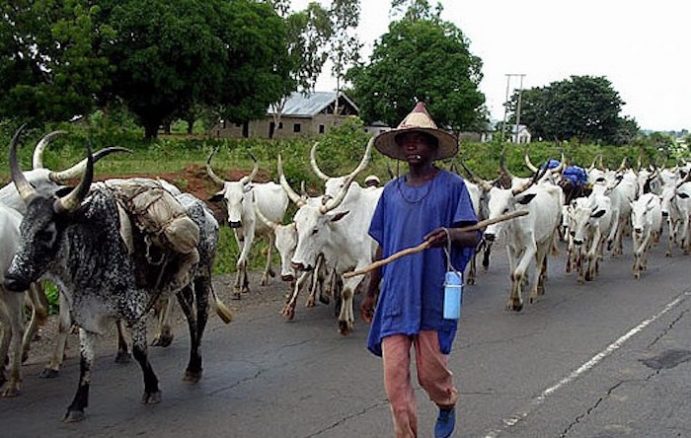 A Federal High Court, Abuja will on June 12, 2018, commence hearing in a suit seeking for the declaration of Fulani herdsmen as terrorists.

The date was fixed by the trial judge, Justice Gabriel Kolawole.

In the suit marked FHC/ABJ/CS/499/18, the plaintiff, is also seeking the prohibition of all activities of Fulani herdsmen in Benue State that has resulted in the deliberate and intentional killings, massacre, wanton destruction of both private and public properties including residential and commercial houses, schools, hospitals/ clinic, markets, water boreholes/reservoirs, invasion of ancestral lands of the inhabitants as acts of terrorism under the Terrorism (Prevention) Act, 2011 as amended.

The suit which was filed by a Makurdi- based legal practitioner, Matthew Nyiutsa, is specifically seeking the leave of court to compel President Muhammadu Buhari and Attorney General of the Federation to move a court of competent jurisdiction to proscribe Fulani herdsmen operating in Benue State and Miyetti Allah Kautal Hore as terrorists and terrorist organisations respectively.

Nyiutsa, who resides in Guma Local government Area of Benue State, claimed he was one of the numerous victims of continuing Fulani herdsmen attacks on communities in the state.

The plaintiff in the suit wants a declaration that the series of armed attacks particularly from January 1, 2018 to May, 2018 on inhabitants of communities in Guma, Logo, Makurdi, Gwer-East, Buruku, Tarka, Katsina-Ala and Ukum local government areas of Benue State by Fulani herdsmen, amounted to acts of terrorism as defined under section 1(3) of the Terrorism (Prevention) Act, 2011 as amended.

In addition, he prayed the court to declare that the Attorney General of the Federation and President Buhari (1st and 2nd respondents respectively) have mandatory statutory duties and obligations under section 2 of the Terrorism (Prevention) Act, to act in the circumstances of the prevailing acts of terrorism perpetuated by the Fulani herdsmen by causing an application to lie before a court of competent jurisdiction for, inter alia, an order proscribing the Fulani herdsmen and Miyetti Allah Kautal Hore, having been reasonably suspected of carrying out the said criminal activities and acts of terrorism as terrorists and terrorists group respectively.

He further prayed the court for a declaration that the alleged threat issued by Miyetti Allah Kautal Hore, through Alhaji Abdullahi Bello Bodejo and Engr. Saleh Al- Hassan as National President and Secretary respectively, during a press conference in Kaduna sometime in June, 2017, amounted to support for act of terrorism under section 5 of the Terrorism (prevention) Act, 2011 as amended and therefore renders the said organisation liable to being held as a terrorist organisation.

The sum of N50 million is being demanded as exemplary damages against the respondents.